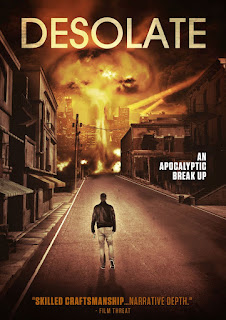 The Film
A man suspects his best friend is the reason his relationship with his girlfriend failed but must fight for survival with them after a mysterious event has rocked their city and just making it through the night won't be easy.

DESOLATE is an example of filmmaking at its rawest. With no script and no crew, this film was shot during free time over the course of three years and it turned out to be a pretty good little film. The cast is solid and what writing there is manages to pull out enough emotion from the audience to really make us feel the turmoil the characters are going through. 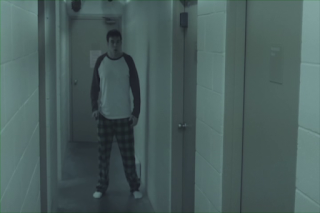 Simply made using what was available to them, director Rob Grant really comes through with a film far more successful than films with a fill cast and crew, a polished script and lots of special effects. More isn't always more.

The Audio & Video
Wild Eye Releasing gives DESOLATE the home video release it is deserving of. The A/V quality is representative of the low end camera and gear it was made with so don't expect a beautiful HD presentation. The disc is technically sound however with a clean picture and a well done audio mix job. 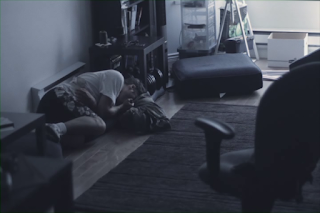 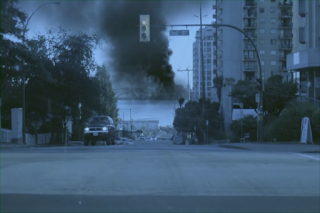 The Bottom Line
It doesn't always take a big production with lots of money and fancy equipment to make a tense, emotional and scary film and DESOLATE is proof of that.