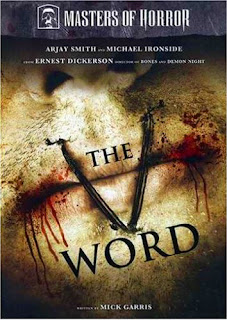 The V Word is a vampire story from Ernest Dickerson that doesn't take long to get started but quickly loses steam and becomes a waiting game for anything interesting to happen in the 2nd half. The make up and effects are good but this isn't one of the better episodes. 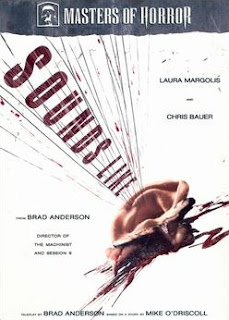 The acting in Brad Anderson's Sounds Like may be among the best in the series, especially from the lead Chris Bauer who carries the film as a man dealing with the tragic death of his young son and suffering from a condition that drastically amplifies his hearing levels. As his marriage falls apart it is easy to predict the complete and total mental breakdown and all of the horrors that come with it. If the rest of the episode was as good the end this would be a classic episode. Unfrotunately it is a bit too slow going and aside from Bauer there's not a single interesting character. 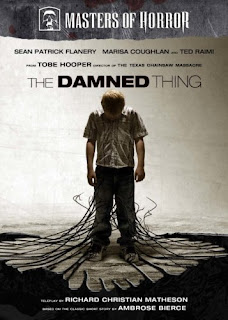 Tobe Hooper's season 2 entry was The Damned Thing and much like his entry in season 1, Dance of the Dead, I'm not a fan. The Damned Thing starts out with a bang and builds immediate interest in the story. There are a few incredibly violent and gory moments but the story just isn't strong enough. 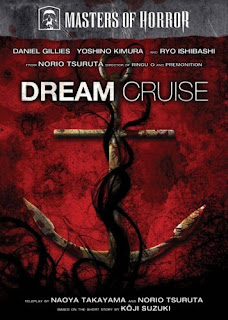 Lastly there was Dream Cruise from director Norio Tsuruta which was the extended episode of the season clocking in at around 87 minutes which helped this one a bit but unfortunately it's still mediocre. This is a love triangle that turns murderous with a very mid-2000s ghost story thrown on top of it set in the middle of the ocean on a yacht. Some chilling scenes and an okay story makes it worth a watch.