Day 25 had no viewings. I think this is the first day since I started doing this annual challenge for 100 horror viewings during the month that I didn't watch a single thing. Weird. 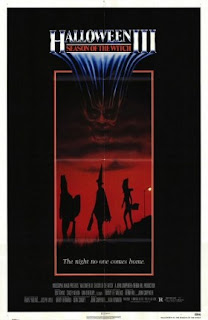 Day 26 we got back on track with a couple of viewings starting with the classic Halloween 3. It's a must watch this time of year and it makes me happy to see it gain a little more popularity each year as time goes by and people discover what a masterpiece it is. 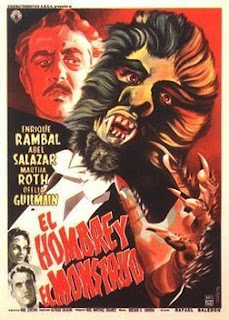 The Man And The Monster was next, a Mexican production of Gothic horror which sort of combines Jekyll and Hyde with the Phantom of the Opera as a man has made a deal with the devil to make him the most talented pianist in the world. The catch is that he turns into this hideous beast man whenever he plays the piece of music that the devil gave him to make him famous. It's a classic gothic style tale mashed up with 50s monster movie schlock (just look at the monster makeup!) and makes for a good time. 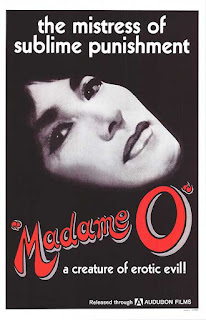 Moving on to day 27, we start out with Madmae O, a late 60s slice of Japanese revenge. Seiko plays a well off doctor who uses her medical status to take revenge on men as she was raped at 16 and left pregnant and infected with Syphyllus. After settling down with a man she's finally able to love her penchant for revenge returns after she finds out he's planning on killing her to inherit her wealth. The director switches between color and black and white photography but I didn't see any real need for it. A well written script and good acting make this one worth while even if we've seen the ending countless times. 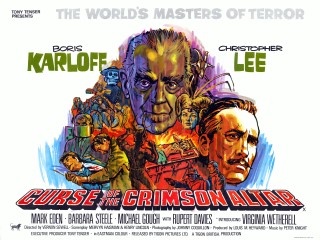 Then came a psychadelic slice of gothic and Lovecraftian horror in Curse Of The Crimson Altar which features Christopher Lee, Boris Karloff and Barbara Steele. How about that cast? Brilliant. Strange local customs feed into the paranoia and terror of a man looking for his brother who he believes is being held in this strange little town that is celebrating the anniversary of a witch burning and believes he could also be in trouble. Not every character is as they seem in this one that features stunning interior sets and costume design along with great performances and a bit of trippy directing style. 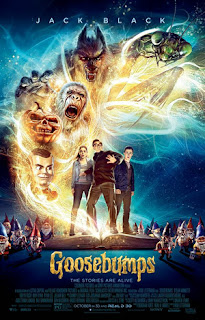 An overdue trip to the theater was in order to finally catch Goosebumps, a movie my inner child (and outer adult) was pretty excited for ever since seeing the trailer a few months back. I was a big fan and avid reader of the R. L. Stine books and I think the movie accurately captured the spirit and feel of the books making for a family friendly fantasy horror adventure film with enough scares for the kids and it is made well enough to keep older viewers engaged as well. It wasn't everything I was hoping for as only a few monsters from the book series were featured characters while the rest were relegated to background duty and the scare factor could have been ramped up a bit and still kept kid friendly but it was entertaining nevertheless. 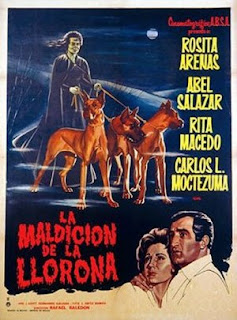 Finally the day ended with Curse Of The Crying Woman, another Mexican horror film and perhaps the best one I've seen this month. This is pure gothic vampire and ghost lure with thick foggy exterior shots in the woods and a foreboding castle with brilliantly and perhaps overbearingly designed interiors. Wonderfully spooky special effects and some downright scary characters and moments make this one a must see.

It pleases me to see Halloween III get some love. It’s got some major problems, but it’s still my second favourite of the whole franchise. The final scene is wonderful.