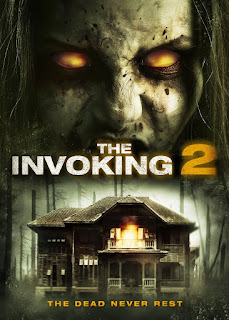 The Film
When I saw that there would be a sequel to The Invoking I stared blankly at the screen for a moment before shaking my head in disbelief and then threw up in my mouth. Okay, honestly I don't remember my exact reaction but it was not a good one, I'm sure of that. The Invoking was one of the most irritating, gets under your skin like a small child crying endlessly. piece of crap horror movies I have ever seen. You can read that review HERE. I then rationalized that there's no way any sequel could be as bad. At least I can say I was right.

Changing things up with an anthology format based around paranormal events, THE INVOKING 2 made a smart movie by being a sequel in name only and having nothing to do with the original movie. Why the title wasn't changed at some point to remove any ties to the first film is beyond me. It isn't as if the first Invoking film is any sort of highly regarded or popular title. It simply came and went. 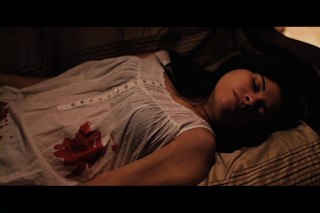 There are some positives to this sequel, such as an opening segment involving a car wreck that reminded me of classic Unsolved Mysteries segments. The only thing missing was Robert Stack's signature narration. The next segment taking place in an old mental hospital had potential but felt straight out of the mid 2000's era of horror that was packed with subpar ghost movies. The final short which has nothing at all to do with paranormal events and only runs a few minutes was probably the most effective segment in the bunch. In fact, for a movie that is called THE INVOKING 2: PARANORMAL EVENTS in the opening credits there's very little paranormal stuff going on throughout and when it is there it comes and goes in the blink of an eye.

The main feeling THE INVOKING 2 gave me was one of being underwhelmed. This is largely due to most of the segments feeling like they were taken from longer scripts and were severely chopped down to fit this anthology format. Many feel rushed and incomplete. The positive is that the movie is watchable even if its nothing special and not infuriatingly awful like the first.

The Audio & Video
Image/RLJ Entertainment's DVD release of THE INVOKING 2 feautres a 2.40:1 anamorphic widescreen transfer that looks okay overall. Each short was produced independently of the rest so they all have their own look and quality. Some of the better looking segments have solid color and a crisper picture while the lesser ones suffer from poor handling of black levels and compression/blocking issues. None of the segments look particularly bad though. The Dolby Digital 5.1 surround audio track has a great mix job and is free of any background noise or damage. 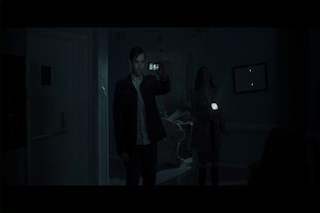 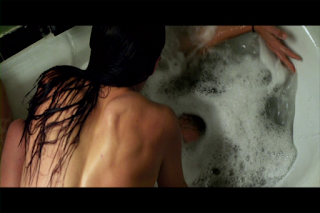 The Bottom Line
Hey, it's better than the first Invoking movie. So I guess there's that.

THE INVOKING 2 is available HERE
Posted by Celluloid Terror (Seth Poulin) at 2:42 PM