October has arrived and that means it is time for pumpkin spice lattes, and dusting off my Uggs! I can't even! Really, it means it is time to begin the quest to watch 100 horror movies during the month of October, as is tradition. Let's just jump in to day 1... 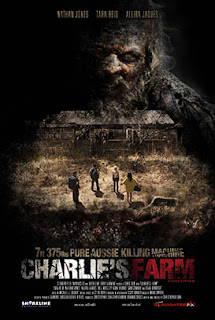 We start out dabbling in mediocrity. CHARLIE'S FARM is a 2014 Australian slasher film co-starring notable horror names such as Bill Moseley who is great in this and Kane Hodder who gets to actually act and isn't bad either. We also get to stare at Tara Reid's sagging face as she stumbles through most of the third act like she's drunk. The movie is uber gory and violent but it drags during the first hour and is nothing special when all said and done. 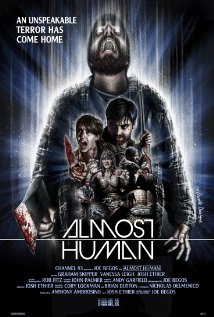 Getting a bit deeper into the river of mediocrity was ALMOST HUMAN. I had no idea about the plot to this one, only that there's a strong divide in opinions about it. I grabbed it for $2 a few months back and stashed it away for the challenge... I loved the opening sequence. It was tense, well acted and legitimately scary. Then it moves into all too familiar splatter slasher territory and while the effects are very well done the movie is pretty much one note and the attempt at taking it back to the extraterrestrial element the opening scene introduced was weak. 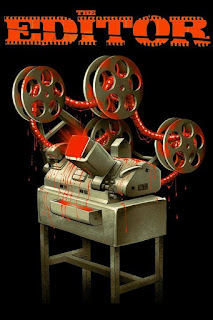 The finest movie of the day comes from the fellas at Astron 6 - THE EDITOR. I've been hearing about how great this movie is for months and during those months plenty of people I know and trust have told me I'll love it. Still, I had doubts. I didn't know how I'd react to a tongue in cheek tribute to giallo and Italian horror films. Well, with the obvious love and knowledge of the movies they're paying tribute to, it was easy for me to sit back and enjoy. They nailed it and it was genuinely funny and well made. 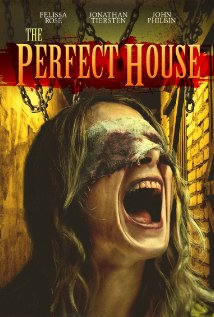 Every movie of the day had been especially gory and violent, not something I necessarily intended and it wasn't something I planned on closing out the day with but it just so happened that THE PERFECT HOUSE pretty much relies solely on torture and violence to get a reaction from the audience. I have a strange dilemma with this movie because it is very much a one note torture film, but it's made fairly well at the same time, especially on such a low budget. It isn't a great movie but not awful either. I didn't care for it but I can't bash it too harshly. It's a more recent indie horror film from Wild Eye Releasing that I'm surprised doesn't have a bigger fanbase.