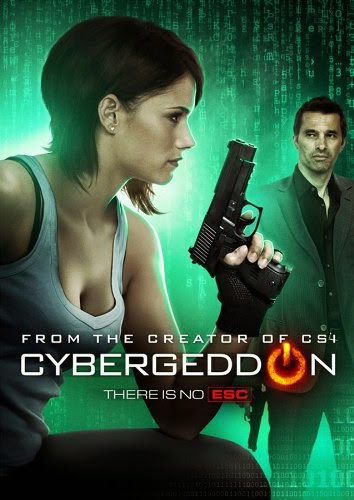 The Film
A year after FBI agent Chloe Jocelyn arrested one of the world's most notorious hackers she has been framed with Cyber Terrorism. After escaping lockup and performing the world's most attractive public bathroom makeover using only a razor blade and some hair color (I'm not totally sure but I think a minor haircut and going from brunette to an auburn color wouldn't be enough of a change to fool anyone) she hooks up with old friends to find out the truth and clear her name. It soon becomes clear that the hacker she put away is behind the frame job and is intending on bringing down the world's economy. It's up to Chloe, her hacker friend, and her partner/lover to expose the sinister plan. 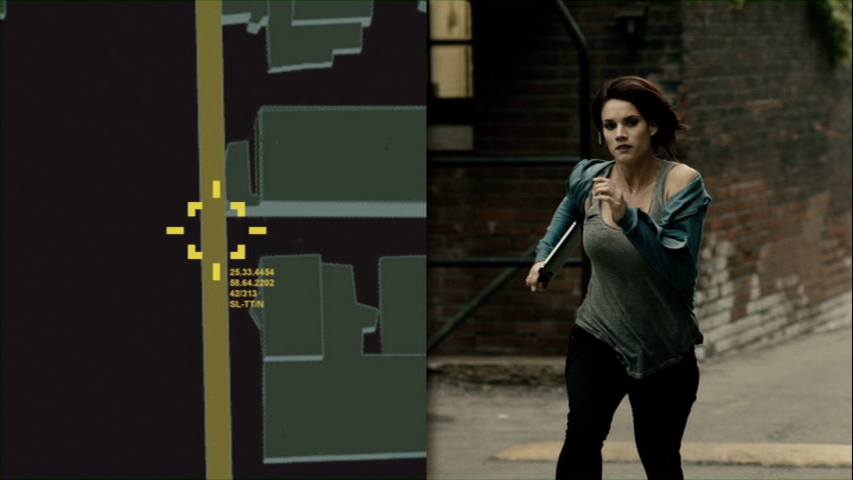 CYBERGEDDON was originally a webseries with the episodes edited together on this DVD to form a feature film. It certainly feels episodic, it is perfectly clear where each episode would begin and end and learning that it was in fact a webseries after watching the film I am not at all surprised. CYBERGEDDON is a surprisingly big project for a webseries, feeling much larger than the budget I suspect it had. Missy Peregrym plays Chloe and is uneven in her performance. She ranges from an barely believable hardass FBI agent to a totally believable whiny momma's girl when talking to her mother. Her sidekick is the comedic relief, a hacker named Rabbit (Kick Gurry) who works out of a van. He is easily the high point of the film and is quite funny. Aside from that the writing comes across as choppy thanks to the format switch, editing and camerawork are jumpy and shaky and would make someone like Michael Bay proud and someone that enjoys good editing and cinematography, sick. I want to give CYBERGEDDON a bit of leeway as it was only a webseries and I'm sure it worked better in that format but what I saw was presented as a feature length film and it is far from great.

The Audio & Video
ARC Entertainment brings CYBERGEDDON to DVD with a 16x9 widescreen transfer that preserves the original aspect ratio of it's web series format. The transfer looks good, as it should being that it is a newer production with digital photography. There is a 5.1 Dolby Digital track to handle the audio and it too is good. A real solid A/V job overall. 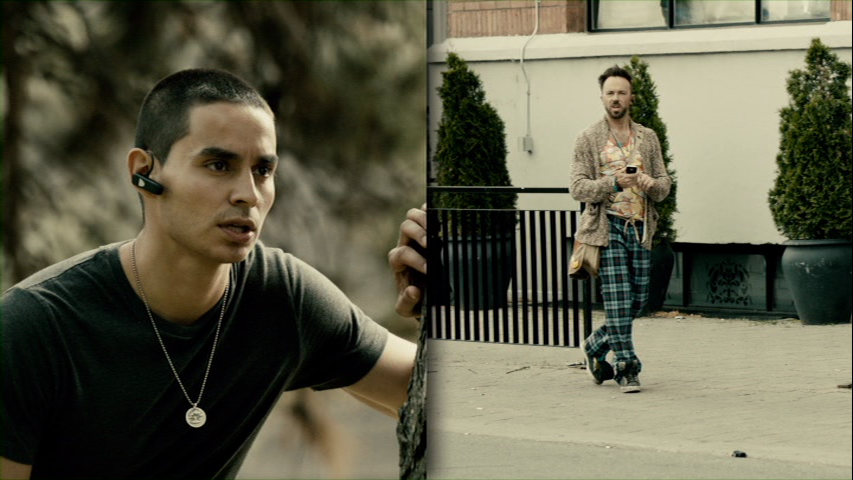 The Extras
The only extra is a trailer. 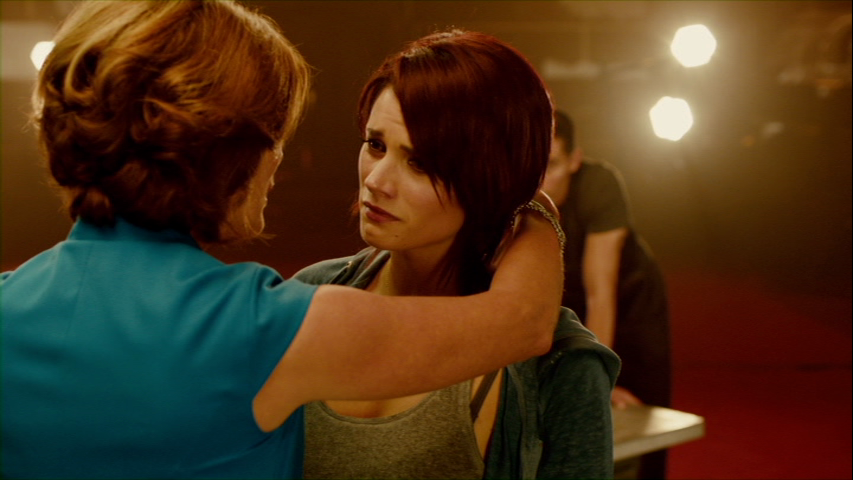 The Bottom Line
If you're into hacking or films about cyber terrorism this movie will be an enjoyable watch.