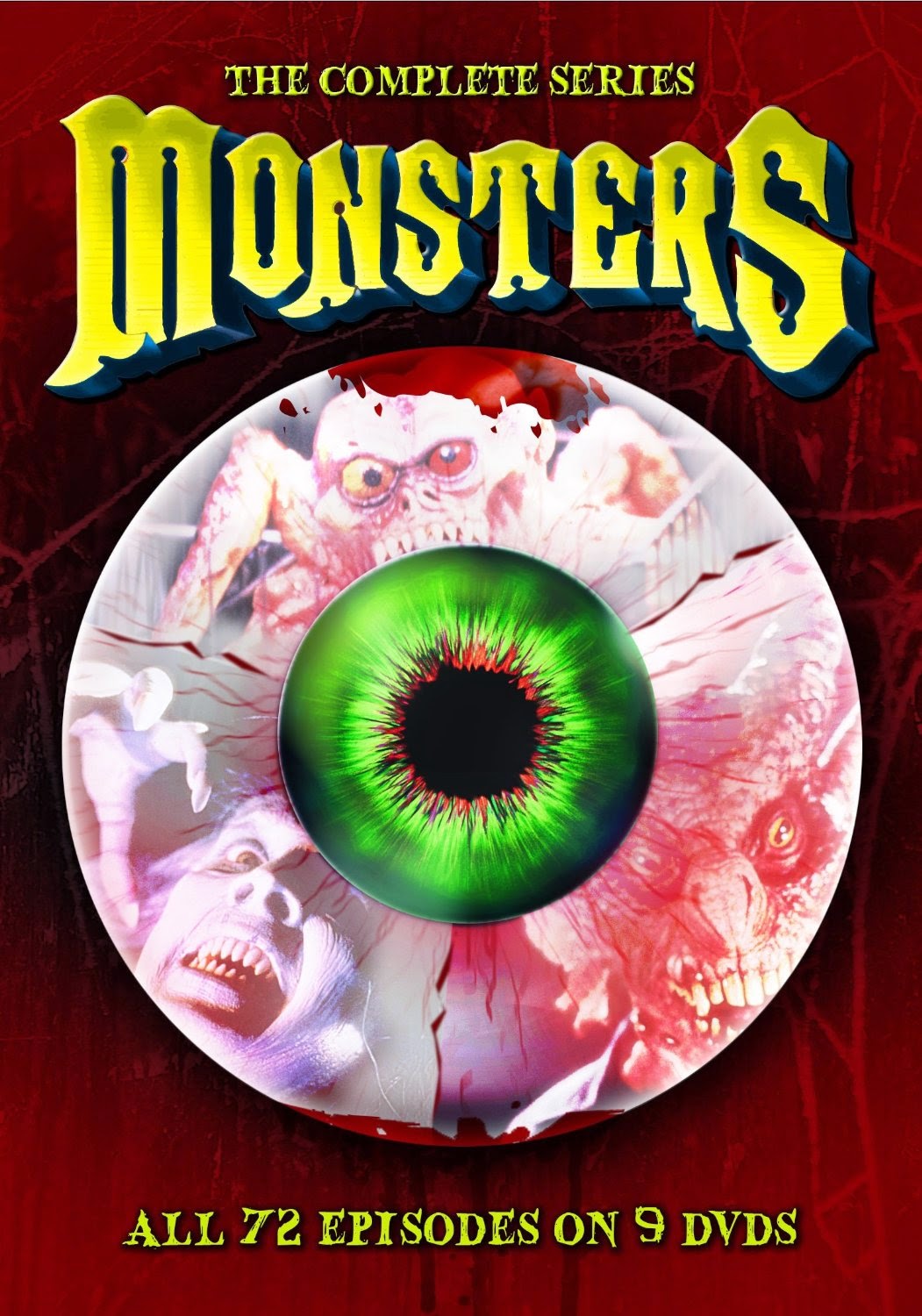 The Series
Television has long been a popular home for the horror genre. From the beloved Tales From The Crypt, to Masters Of Horror and its disastrous big network offshoot Fear Itself to Freddy's Nightmares and even prime time series like The X-Files, horror always seems to have a home on TV for better or worse. In the late 1980s, perhaps at the peak of horror on television came MONSTERS. This anthology series would feature a different episode each week with no linking characters or plots. The opening of the show brought us into the living room of a seemingly typical suburban family getting ready to sit down together for "family hour" and watch their favorite show, MONSTERS. The only thing is that this family is made up of deformed beasts and cyclops! 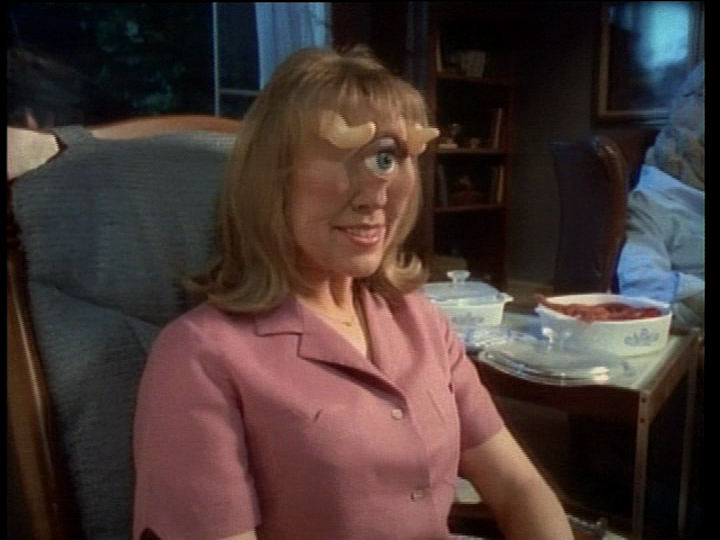 When we get to the episode we're treated to everything from zombies to dragons, aliens and possession. Can you imagine something else? It is probably somewhere in the series. The episodes run about 22 minutes each without their commercials and often feature a comical take on horror or a certain moral. Many notable names spent a bit of time on the set of an episode of MONSTERS from Steve Buscemi and Linda Blair to John Saxon and Pam Grier, Meat Loaf and David Spade. Almost every episode has a very recognizable name. Special effects in the series were decent and though may not have aged particularly well at all times they did good work with the budget a TV show offered up. In the first episode of the series there is a giant prosthetic fat suit on display which sets the bar for special effects in the series. 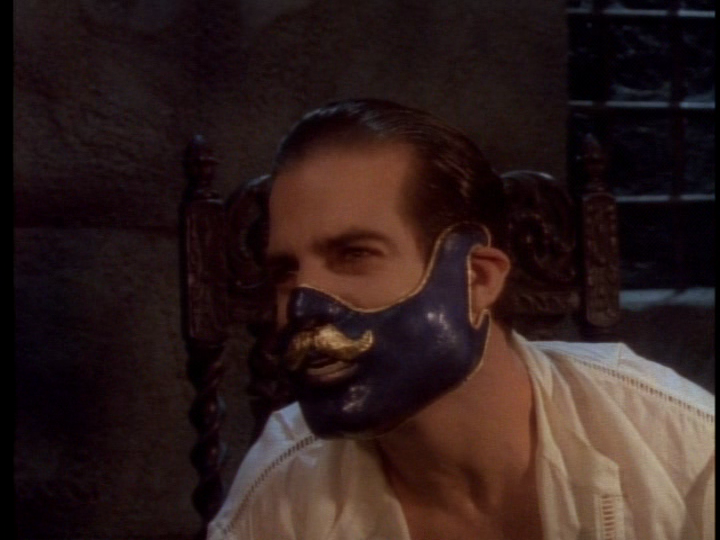 Since the debut of DVD almost two decades ago fans have been anxiously awaiting the arrival of MONSTERS. As other landmark films and series got announced and released, and subsequently re-released (and re-released over and over in some cases) fans kept asking for this campy piece of 1980s horror TV history. Year after year passed, DVD wishlists got smaller and turned into Blu-ray wishlists but finally, finally MONSTERS is here. It is complete, all 72 episodes spread across 9 discs. If you've been a patient boy, waiting, waiting, waiting, go get it now! If you're new to the series rest assured that if you're a fan of campy and cheesy horror that is fun to throw back a few beers to you will fully enjoy MONSTERS.

The Audio & Video
CBS and E One Entertainment deliver MONSTERS on to DVD with a re-mastered 4:3 full frame aspect ratio, maintaining their OAR from TV exhibition. The re-mastered episodes look better than they ever have in syndication on the Chiller network and perhaps better than they did during their original run. The audio is a 2.0 Dolby Digital stereo track that sounds just as good as it likely ever did on TV. 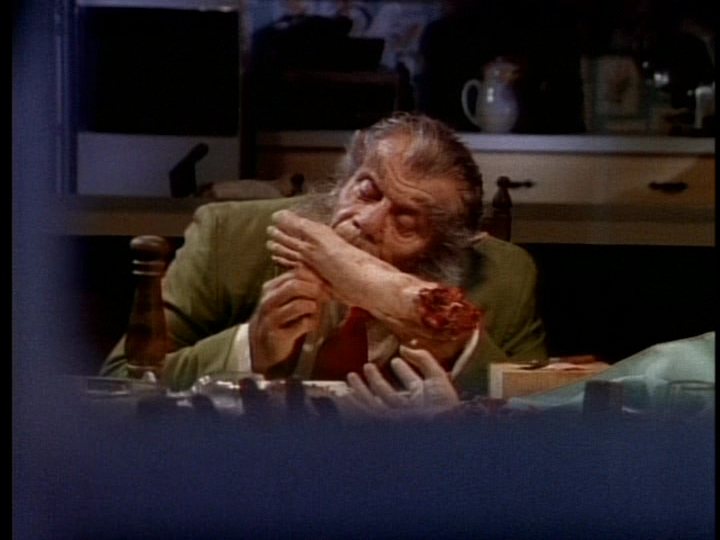 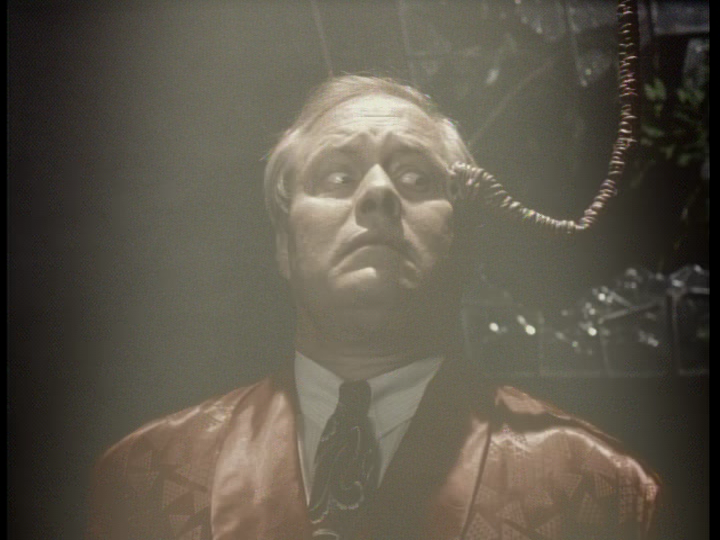 The Bottom Line
Horror fans have been clamoring for this release for over a decade and it is finally here and ready for you to relive the cheesy goodness. Sit down with a candy critter and enjoy your favorite show!

MONSTERS: THE COMPLETE SERIES is available HERE
Posted by Celluloid Terror (Seth Poulin) at 10:59 AM