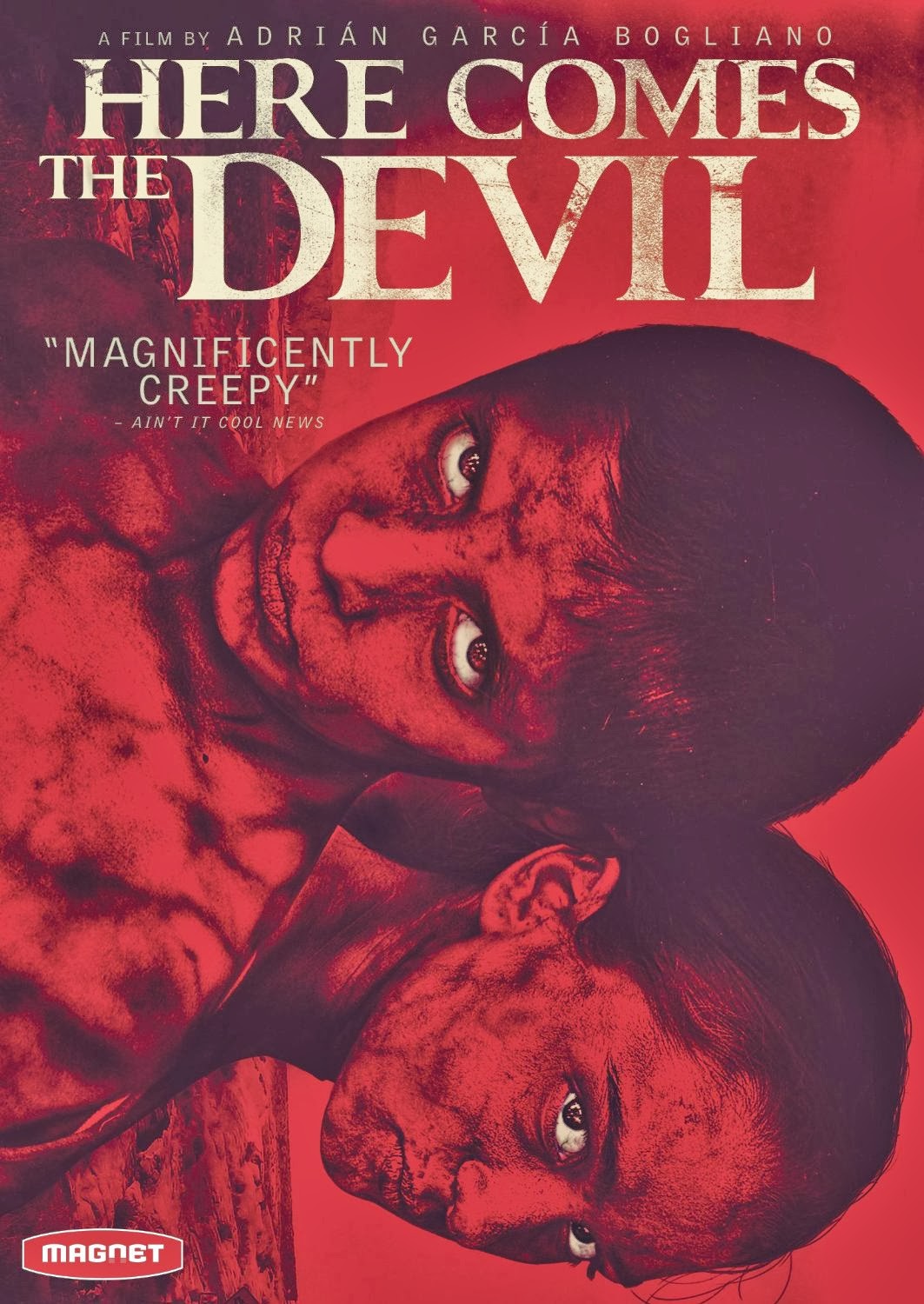 The Film
A married couple lose track of their kids around the outskirts of Tijuana during a family trip. The kids go missing in a cave but luckily are returned to their parents the next day. Losing your kids for a night would be bad enough for any parents but the kids that came back aren't exactly the same. The kids seem a bit off, and have some strange and surreal occurences surrounding them. As their parents try to find out what happened to their children that night in the cave they begin to find out about the legends and mysteries surrounding the area which may not be a myth. 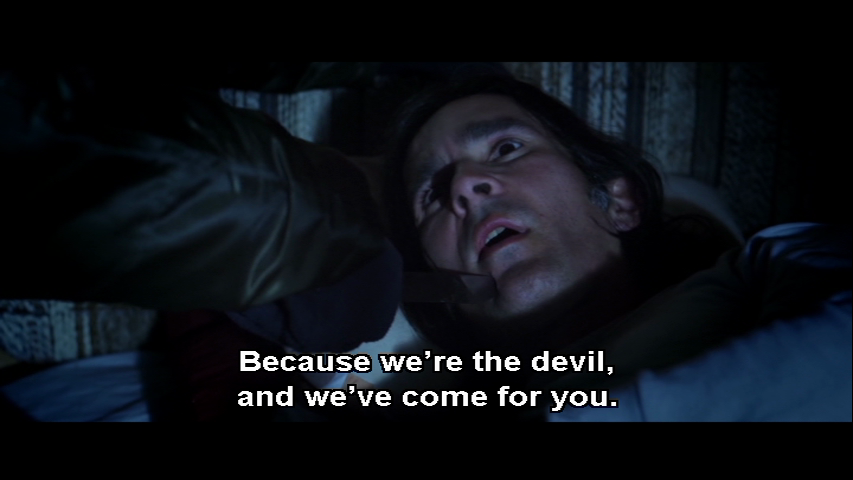 HERE COMES THE DEVIL is a Mexican horror film that has a lot of great ideas but doesn't know what to do with them. Instead of digging deeper into the legend of the cave and the area, along with a couple other subplot ideas that are barely developed, they are simply breezed over giving us just enough information to string together the plot points into a story and we're left with a far more generic possession themed film than we deserve. Director Adrian Bogliano shows that he has some ability as the surreal nightmare scene was visually striking and one of the high points of the film, but even that suffered as it was cut short (we get the longer version in the special features). The biggest fault, beyond under developed subplots that would potentially set HERE COMES THE DEVIL apart is that it has far too many stretches where it is just not interesting and the viewer is left watching the film plod along to the next checkpoint in the script while essentially nothing noteworthy is taking place. HERE COMES THE DEVIL isn't bad, it is simply okay, and seems to be satisfied with that. There was potential for a more original, personal and interesting viewing experience here, which potentially could have failed but I'd rather see that failure than an unremarkable film just slide by.

The Audio & Video
Magnet Releasing has a very nice looking DVD for HERE COMES THE DEVIL. The 2.35:1 anamorphic widescreen transfer is bright and sharp with strong detail. I can only imagine how nice the Blu-ray looks with some colorful moments and plenty of skin tones that look very natural here and I'm sure look lifelike in HD. The 5.1 Dolby Digital track is available in the film's native Spanish or an English dub track. Optional English subs are available. The track sounds good, with the native Spanish being the best option but all are loud and clear with no background noise or audible annoyances. 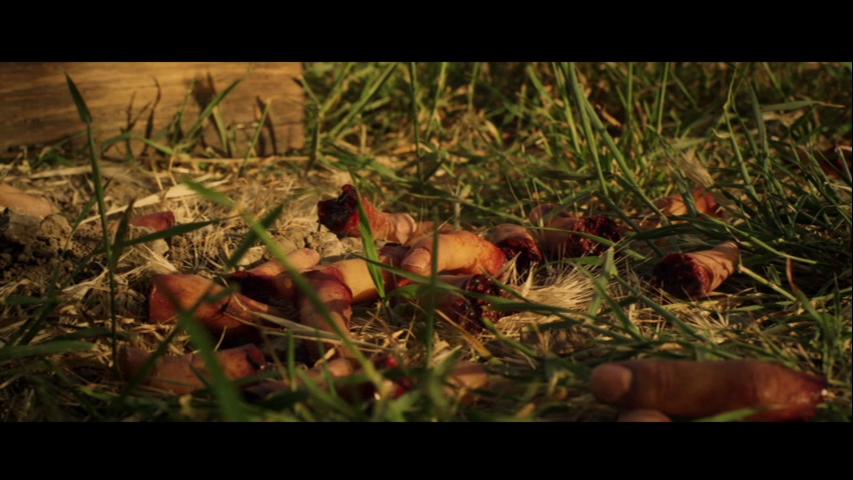 The Extras
- Audio commentary with the director
- Extended "nightmare" scene
- Behind the Scenes Comparisons
- AXS TV: A Look At HERE COMES THE DEVIL
- Stills gallery 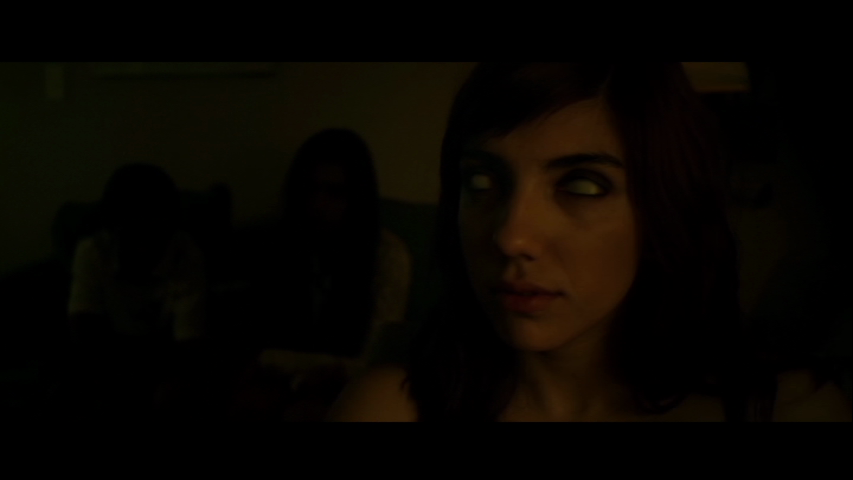 The Bottom Line
I found HERE COMES THE DEVIL to be a missed opportunity at something with more depth and all together more interesting. Big fans of the demonic possession subgenre will most likely find enough to enjoy and for those big fans I'd suggest tracking down the available Blu-ray version of the film.