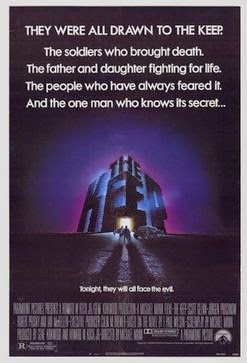 THE KEEP is a movie I've heard a lot of good things about and I finally got a chance to see it. I see where the positive reviews come from, THE KEEP has some really good things going for it. Great set pieces, solid performances, cool special effects and a really interesting monster. Unfortunately it takes way too long to get to the monster and we get far too little out of him. It becomes a buzzkill on an otherwise good movie. 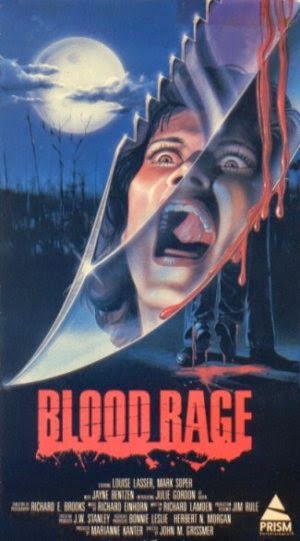 Unexceptional slasher is unexceptional. NIGHTMARE AT SHADOW WOODS is unexceptional in every way. The story of a brother framing his twin for a murder as a child having him end up in a psych ward and now the brother has escaped on Thanksgiving and everyone is afraid of him while the actual murderous brother runs amok killing off his friends and neighbors could work or could just be blah. It's blah here. The film feels as small as it is. Despite many characters being spread out you can tell that everything happens within a very confined area. The "twist" ending is revealed to the audience (and mother character) before the actual reveal and it's just fucking stupid that we're supposed to believe the mother didn't realize it. 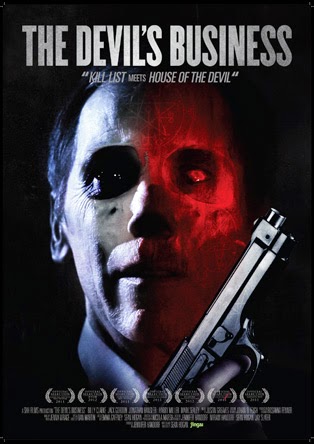 I won't get too in depth with THE DEVIL'S BUSINESS because I'll be reviewing the brand new release in full in a day or two but I will say it is a pretty nicely crafted independent horror thriller from England and I hope to see more out of the director soon. 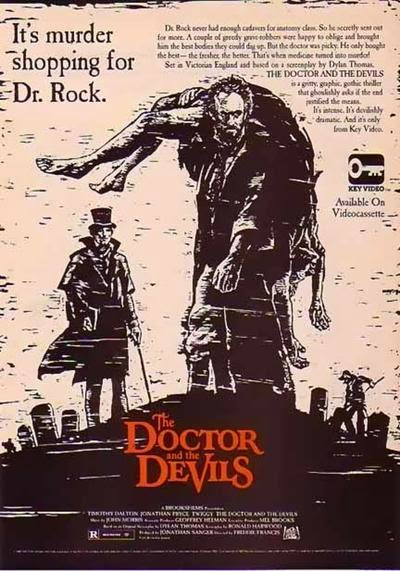 And to end day 11 was THE DOCTOR AND THE DEVILS, a bit of a play on the Burke and Hare tale of grave robbers taking bodies to sell to the medical school. This Freddie Francis film was great and I'll be reviewing the upcoming release shortly so again, I won't get too in depth here but it was a film I really enjoyed.

Have you seen Slasher In The House a.k.a. Home Sweet Home? You should watch it. It's a slasher starring the guy from Body By Jake. It's awful but hilarious.