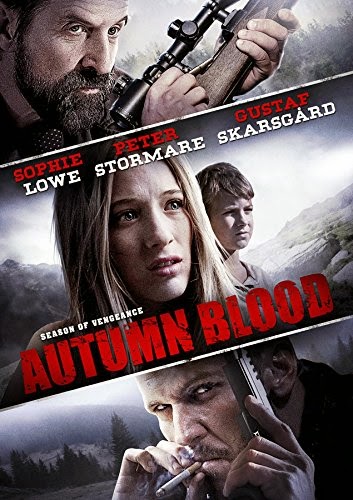 The Film
A few years after watching their father get murdered by the town's mayor, a 16 year old girl and her 10 year old brother mourn the loss of their mother in their mountain farm home. Afraid of being separated by protective services the girl tells nobody of their mother's death, hoping to continue to live in peace off the land and their farm. Those hopes come crashing down when a nasty group of hunters, including the mayor's son, rape the girl. Shortly after they return to kill off the children to keep being turned in but the girl tries to take a stand against them after a child welfare worker turns up for their protection too late.

AUTUMN BLOOD is a decent horror thriller in the vein of Straw Dogs. It features a strong performance from Sofia Lowe who shows that sometime the only person you can rely on is yourself. This film has very little dialogue, especially for a film that runs 100 minutes. It is gets awkward at times without anyone talking at all. I'd estimate that under 500 words are spoken from start to finish. 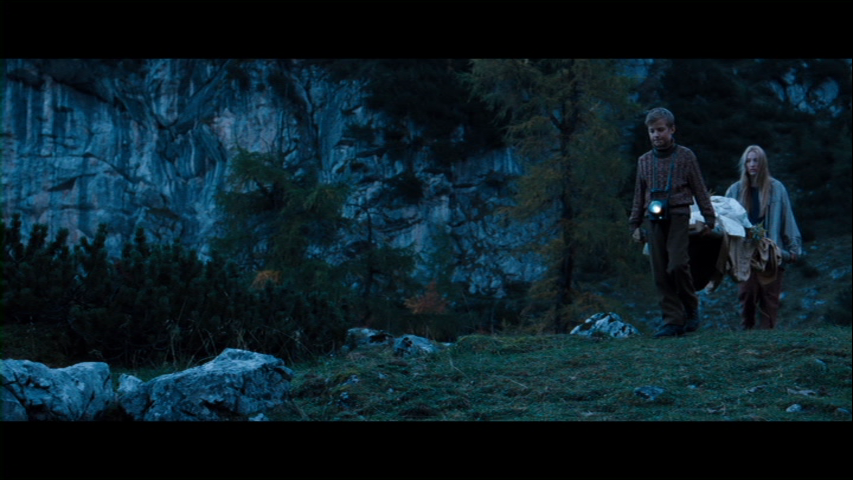 Even without much dialogue AUTUMN BLOOD could have been a stronger film with a tighter screenplay because the film does drag a bit with an abundance of running around in the woods. It is a sequence that simply goes on for too long. The supporting cast is solid as well but nobody really has a chance to shine with their limited lines. The film has a nice look to it and the direction is solid but it still suffers from a screenplay that should have been trimmed down a bit.

The Audio & Video
The DVD from Arc Entertainment has a good technical presentation with its 2.35:1 anamorphic widescreen transfer. Colors are intentionally muted a bit but still look very good. Skin tones are fleshy and natural and overall picture quality is pretty sharp. The audio features a 5.1 Dolby track with a good mix job. The little dialogue is mixed well with the score. There is good clarity within the audio track without any background noise or distortions. 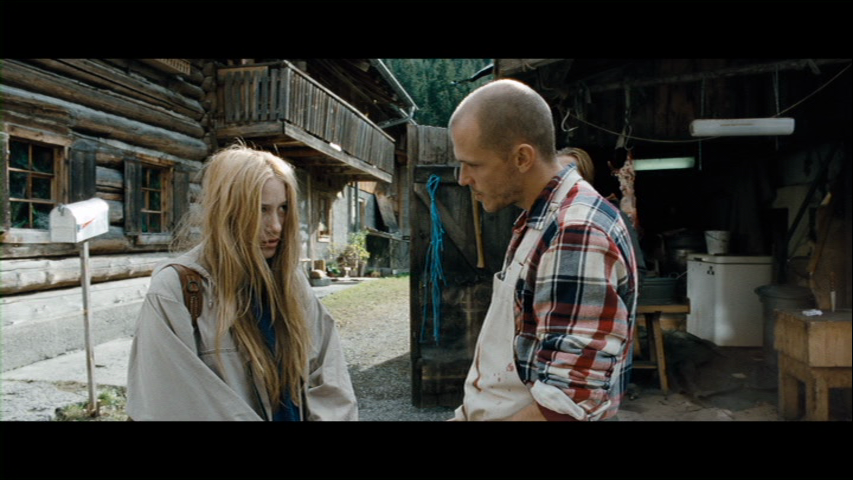 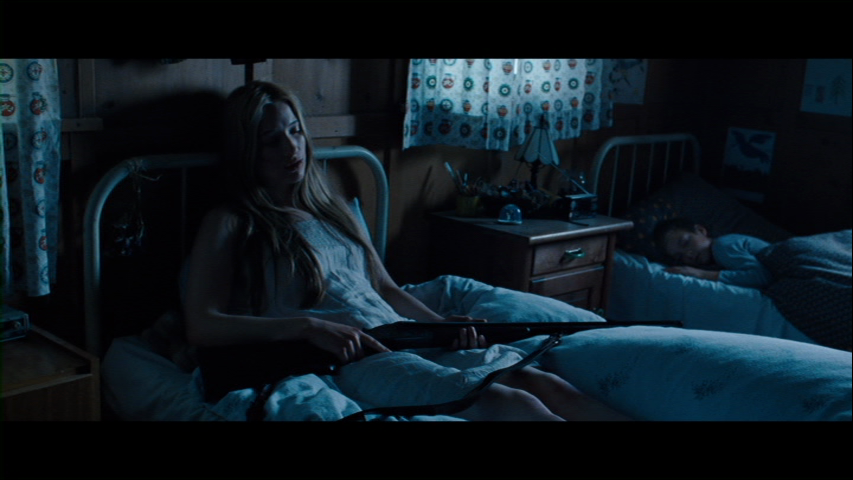 The Bottom Line
AUTUMN BLOOD is worth a rental.

AUTUMN BLOOD is available HERE
Posted by Celluloid Terror (Seth Poulin) at 1:57 AM