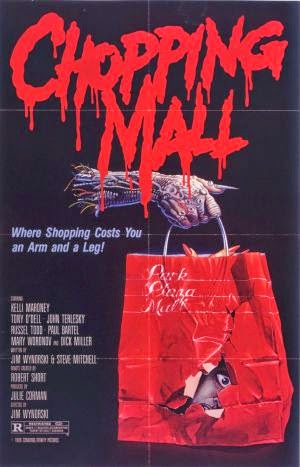 Day 16 was a busy one with movies, one of the busiest of the month. It all started with CHOPPING MALL. Let me just say if you've never seen CHOPPING MALL you're fucking up. This is 80s cheese at its finest. Killer robots designed to protect a mall turn on a group of teens who are partying after hours and we get it all, tits and exploding heads. What else do you need? 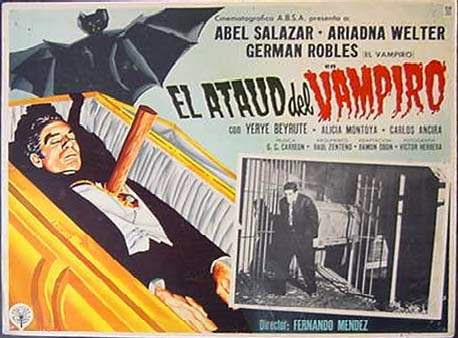 Then came the sequel to the Mexican vampire film I watched a few days ago called El Vampiro. This one, EL ATAUD DEL VAMPIRO or The Vampire's Coffin is a disappointing sequel as far as I'm concerned. While the first film wasn't anything remarkable or original it was an atmospheric and moody gothic horror film. This sequel loses that atmosphere and gives us a bland and frankly quite boring story of a vampire escaping his coffin in a hospital. There's one scene where he stalks the woman of his desires while she rehearses her musical play which is the best part of the film as the musical play's set provides an interesting and eye catching maze of set pieces, stairways and catwalks. The finale also provides an interesting look but it plays out a bit on the uninspired side. 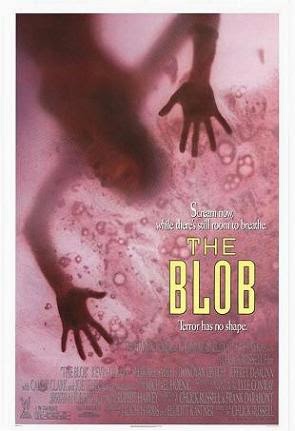 Things got back to being awesome with THE BLOB remake from 1988. I haven't watched this in years and forgot just how awesome it is. It really takes the campy B-movie from the 50s and ups the ante in almost every way. The only thing the original has over the remake is the awesome theme song for the monster alien blob itself. Don't get me wrong I really enjoy the original film but this remake is just better. The new Blu-ray is awesome too, a purchase well worth the money. It's gory, it's silly, it's funny and gross... It's THE BLOB. 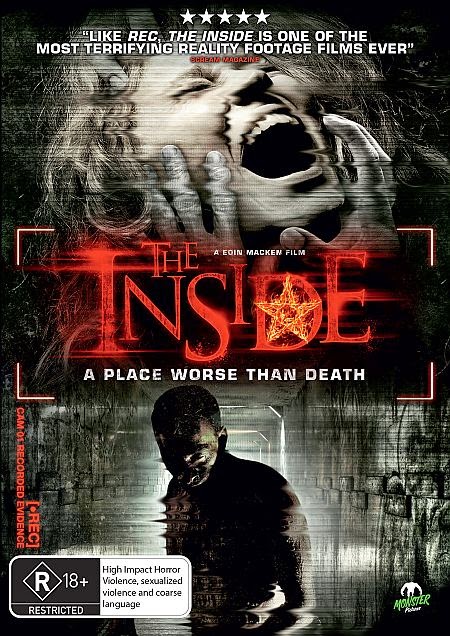 Then the wheels fell off for the night on the last two films. The first being THE INSIDE, a 2010 found footage horror film about a man that buys a video camera from a pawn shop and finds the tape inside to have footage of a group partying in some undisclosed location that looks like an abandoned warehouse. The group gets terrorized by a few psychos who murder the guys and fuck around with the women eventually chasing them down into some subterranean tunnel system where they fight to survive. The man that bought the camera retraces the steps on it to find the location and investigate the crimes, ya know, instead of just turning it over to the cops. This movie was painful and I'll go into further details when I give it a full review. 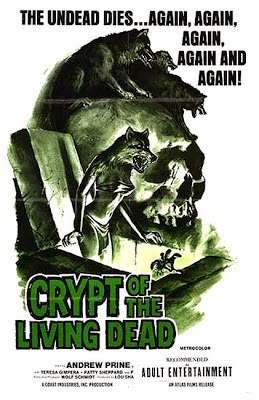 And then there was CRYPT OF THE LIVING DEAD. I shouldn't have been surprised by the presentation of this movie given that I was watching it on a DVD from a really cheap public domain set but good fucking lord I was not ready for this. The film involves a 700 year old vampire who is unleashed on some island where she's hunted by a blind man, a school teacher who warns her kids not to play in the cemetery of they'll be put in the corner and Andrew Prine. That's about all I got out of the movie. There's also a guy running around that looks like a Neanderthal but I never gathered what his deal was. Now you may be wondering why I have virtually no fucking idea of what I watched. Was I distracted and not paying attention? No. Was I really drunk? No. I watched this movie and paid attention but I simply couldn't follow it. It wasn't a surreal film and it didn't progress in some non-linear fashion. No, that wasn't the case. The case was this is a movie, made in the early 70s that was simply destroyed in this DVD presentation. It was cut by 10 minutes, cropped from widescreen to full screen. The picture looked like it was ripped from a shoddy VHS and then compressed to hell and back to fit on the disc. It looked like I was watching the TV through a muddy screen door. The audio sounded like everyone was talking through a paper towel roll about 3 rooms away from a microphone which made the vast majority of the dialogue (I'd estimate 80-85%) completely indecipherable. It sounded like garbled bullshit. A movie made up of actors doing their best impression of the teacher from Charlie Brown. Perhaps the most baffling of all was that despite being filmed in color, on Eastman film stock according to IMDB, this was black and white. I don't fucking get how that even happens. Whatever, there was nothing going on that really made me want to seek out a proper version anyways.