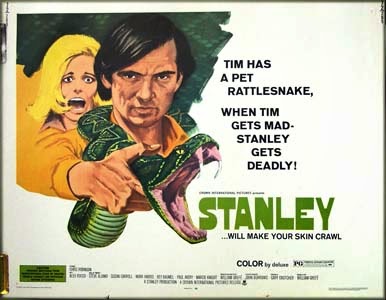 STANLEY is the story of an American Indian who uses his pet snakes to exact revenge on any he feels has wronged him or mistreated his snake friends. This is pretty standard drive-in horror fare but it worked and was an enjoyable flick. 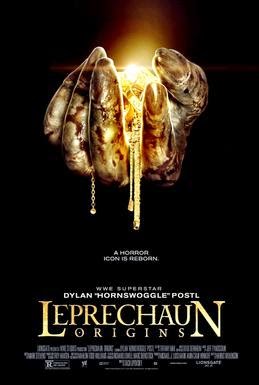 It seems like I can't go more than three or four movies this year without a total disaster of a movie and the latest was LEPRECHAUN ORIGINS. Another WWE production with their resident Irish little guy Hornswoggle as the titular monster. This isn't anything like the Warwick Davis films where the leprechaun has a personality and cracks jokes, no, this leprechaun is an ancient monster that is more beast than horror villain and basically just eats people and I guess cares about their gold too. This movie is fucking awful. It's on the same level as Syfy channel productions but without the so bad its good aspect that some of those movies have. This is just bad. And boring. It's boring and bad and is among the worst movies I've seen this month. 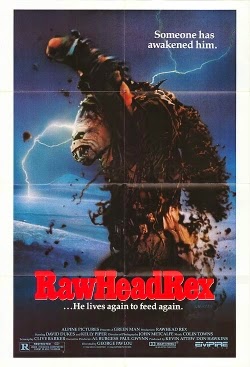 Finally a long overdue viewing of RAWHEAD REX was due. I haven't seen this movie in somewhere close to 8 years. Based on a story by Clive Barker this purely cheese of the finest variety. An ancient demonic monster is resurrected and running amok on an Irish village. Some local clergymen worship him and try to help him while the beast tears apart everyone that crosses his path, man, woman, or child. RAWHEAD REX is one I have to visit more often.