Day 18 had an old favorite and a change of pace that proved to be a big let down. 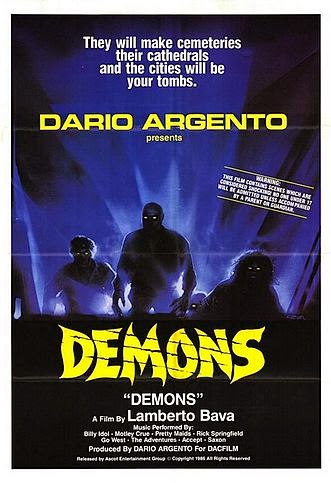 DEMONS came first, the classic heavy metal soundtrack driven classic from Lamberto Bava and produced by Dario Argento. It's gory as shit with awesome makeup fx, some great characters and is just a fucking blast from start to finish. Dario Argento never made a zombie film, something a lot of fans have always expressed interest in wishing he had but this is pretty damn close. Lamberto Bava work with Argento on quite a few films as an Assistant Director and it certainly influenced him in the making of DEMONS. 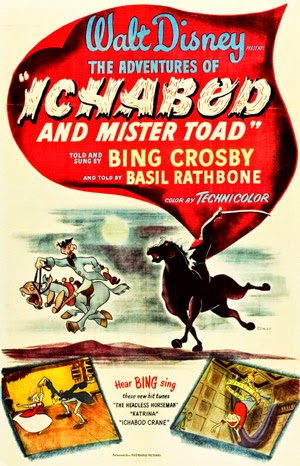 Then there was the 1949 Disney animated film THE ADVENTURES OF ICHABOD AND MR. TOAD. I knew that this movie had an adaptation of the Sleepy Hollow story so I was excited to see what classic Disney had in store for it. After getting through the Mr. Toad half of the film which only featured a few laughs I got to the Ichabod Crane half which was about 25 minutes of Crane being awkwardly lanky and ugly and then about 5 minutes of the Headless Horseman chasing him on a spooky October night. It was fairly worthless as far as a Sleepy Hollow story goes. The animation was as good as you'd expect and there were a few laughs in each story but overall it was disappointing as both a classic Disney film and a Headless Horsemen story.