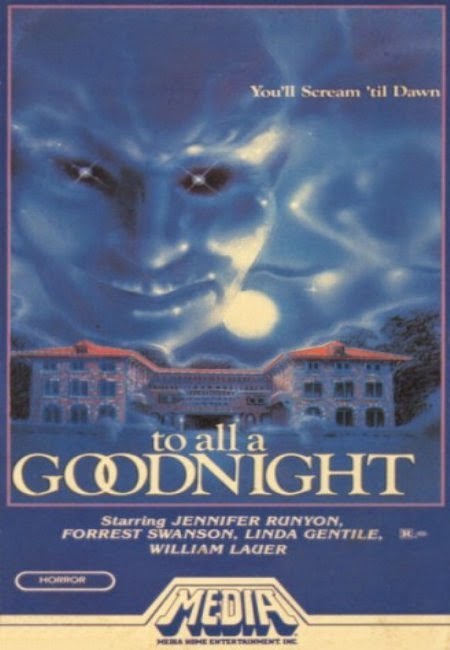 TO ALL A GOODNIGHT was a movie I have wanted to see for a long time and long before I had any idea that the great David Hess directed it. Once I found that little bit of information it jumped up my list even higher. Hess was a fantastic creative mind both in front of the camera while acting in such films as Last House On The Left, Swamp Thing and House On The Edge Of The Park and while creating beautiful music. Hess died a few years back at the age of 75 from a heart attack but has left a great legacy behind. I was excited to dig in to a part of that legacy I had not experienced so with the brand new Blu-ray in hand I finally found out what TO ALL A GOODNIGHT was all about. Unfortunately it wasn't the slasher masterpiece I was hoping for. This 1980 film may be the first slasher film where the killer wears a Santa Claus costume as according to IMDB it was released months ahead of another great Christmas horror film, Christmas Evil. The film has a basic plot of revenge on some teens that caused the death of a family member a couple years earlier. There's nothing exceptional about this film but that doesn't hold it back from being entertaining and a fun bit of campy horror. If you don't go in hoping for anything more than a decent slasher film you won't be let down. 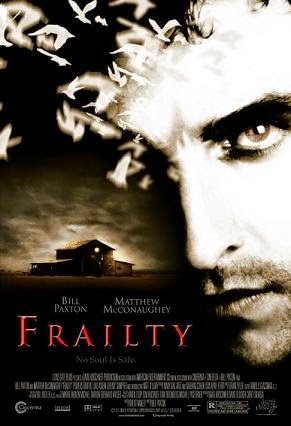 The only other film for day 22 was FRAILTY. I haven't seen this one in quite a while, maybe a year or so after it was released in theaters. I was afraid that after such a long period between viewings, and becoming quite more versed in film (and a lot more jaded) that the film wouldn't hold up. I found that this Bill Paxton and Matthew McConaughey vehicle works pretty well a dozen or so years later. The story is good enough to hold the movie together but the acting really makes the film work and succeed to the level it does. This is possibly one of the better horror films of the early 21st century.