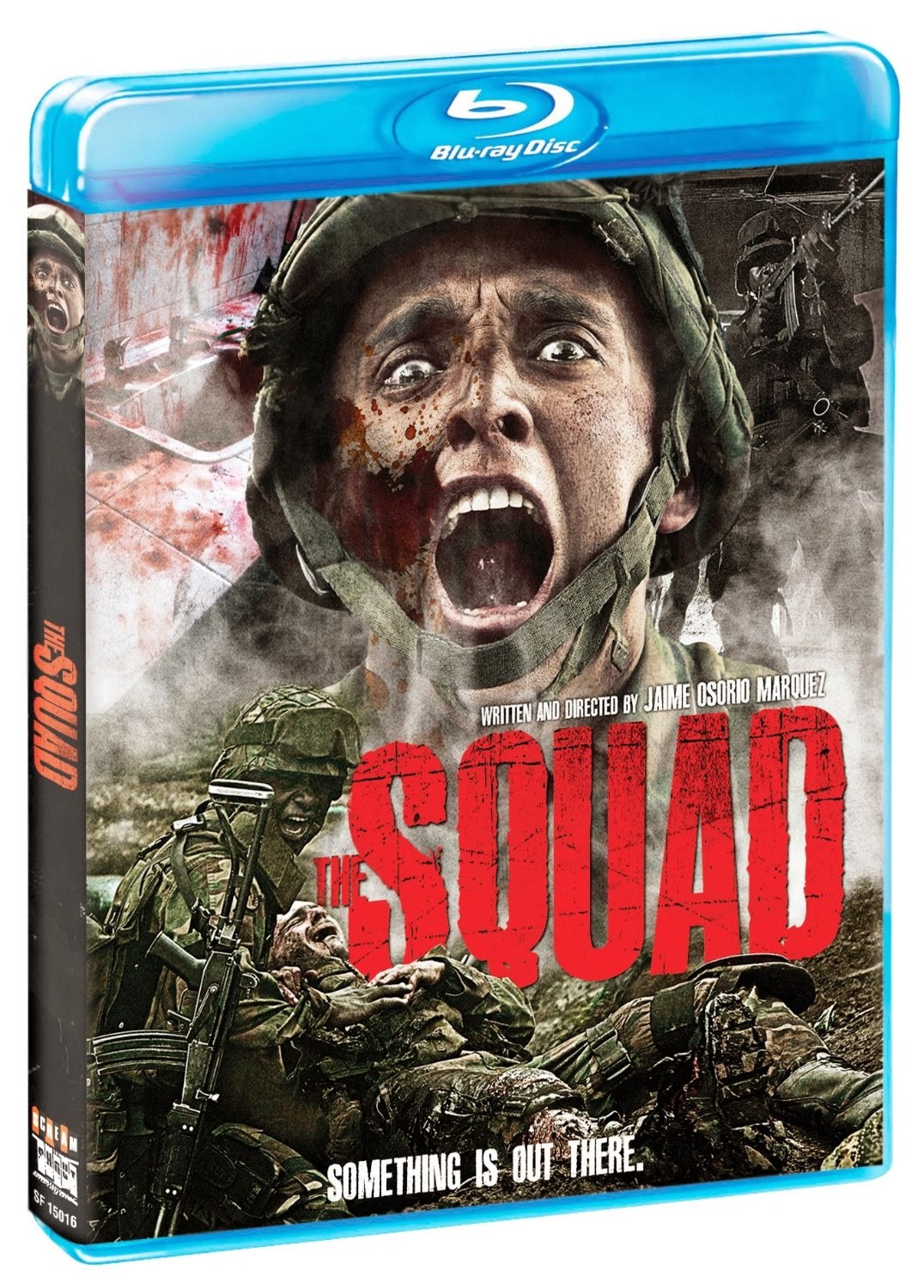 The Film
A nine man military squad is sent to investigate a military base in the mountains believed to have fallen under guerrilla rebel control. The group arrives to find only a single woman, bound in chains behind a wall with a type of prayer scrawled across it. The woman doesn't utter a single word under the pressure of interrogation. The squad loses all communication with their support groups and food rations run out. The isolation and claustrophobia with the inability to escape leaves the men paranoid and short fused, ready to snap at each other at any given moment. The mysterious woman's true identity and nature are called in to question- is she a rebel informant? A prisoner? Or something supernatural and evil causing the squad's plight? It is an isolated fight for to maintain their sanity and to survive.

THE SQUAD has a lot of things going for it, most of all a great cast that carries the film. Everybody involved is on point with their performances. The setting is both scary and scenic but the interiors are dark, damp and moody. A perfect place to lose your mind. The director manages to capture emotion on camera with intense closeups and a good style. Unfortunately Jaime Marquez' writing wasn't as strong as his direction and lets the film down with a script that doesn't pay off on the suspense and tension that are ready to boil over. A well crafted and wonderfully acted film doesn't take the ball and run with it unfortunately. The good still vastly outweighs the bad here and THE SQUAD is definitely worth checking out.

The Audio & Video
Scream Factory nails this Blu-ray release with a gorgeous anamorphic widescreen (2.35:1) transfer that takes the atmosphere surrounding the outpost and makes sure to enhance it with strong detail and great skin tones. There's no evidence of edge enhancement or DNR. Colors are vivid and natural. The Spanish audio track features optional English subtitles and a HD Master Audio track. It is a very well mixed track with sound effects playing into the film nicely without being lost in the shuffle. No audible annoyances or hiccups are present.

The Extras
-The Making of THE SQUAD featurette
-Theaterical trailer

The Bottom Line
With a stronger script THE SQUAD could have been a modern classic but as it sits it is still a quality movie that I will recommend all horror fans check out.

THE SQUAD is available HERE
Posted by Celluloid Terror (Seth Poulin) at 3:18 PM