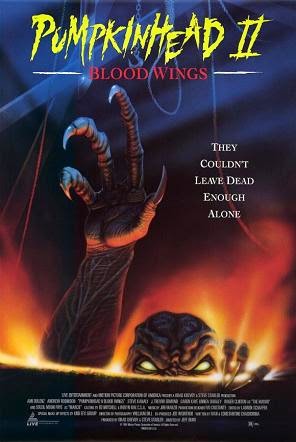 I'll be giving the upcoming BD of PUMPKINHEAD 2 from Scream Factory the full review treatment so I won't go in to a ton of detail here but for a movie I remember nothing about and had low expectations for I was pleasantly surprised by a campy and entertaining sequel to the moody and atmospheric original . 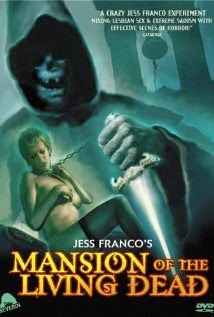 Then came a film from Jess Franco that I had been interested in seeing for quite a while - MANSION OF THE LIVING DEAD. And surprise, surprise it fucking sucked like most Franco films do. I was hoping this would be one of the exceptions because Franco could make a great film but far too often he made shit. I wouldn't call MANSION total shit as it did have some aspects I liked such as the mean spirited sadism side plot, and plenty of naked beauties having lesbian sex when they find their plans to slut it up around the hotel have no chance because there's nobody there but overall it's a boring mess of a film with far too little of the living dead that the title implies. 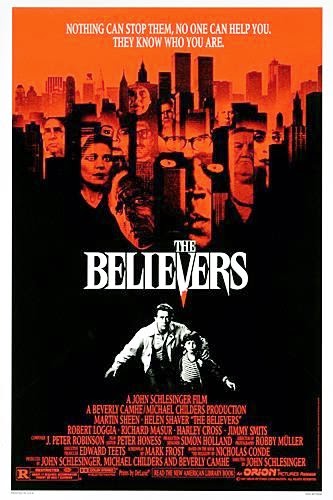 THE BELIEVERS was next, another film that will get the full review treatment. The new Blu-ray from Twilight Time looks quite good but the film was a bit too drawn out and empty for me. The story let down a great cast and good direction. 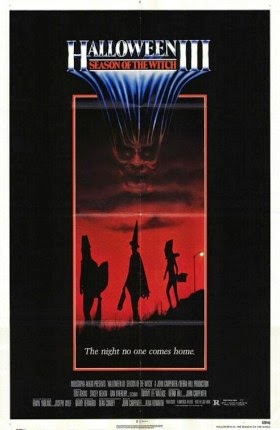 The day was rounded out with a classic and an annual tradition for the challenge - HALLOWEEN 3. I think this is easily the second best Halloween film and it makes me happy to see it get more praise as each year passes. No Michael Myers? Big whoop. It has Conal Cochrane and ancient Samhain traditions and the mass murder of children via Halloween masks. This is such a fucking fantastic horror film.

Halloween 3...one of my favorite movies. It doesn't get the respect it deserves