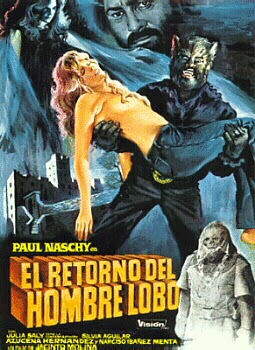 The Blood Moon seemed like the perfect time to watch a werewolf flick and one of my favorite Paul Naschy flicks seemed like the way to go. NIGHT OF THE WEREWOLF is a great gothic horror film featuring Nachy as the resurrected Wolfman, several very attractive vampire women, and thick atmosphere. Naschy gives one of his best performances and even directs the picture. Spanish gothic horror at its finest. 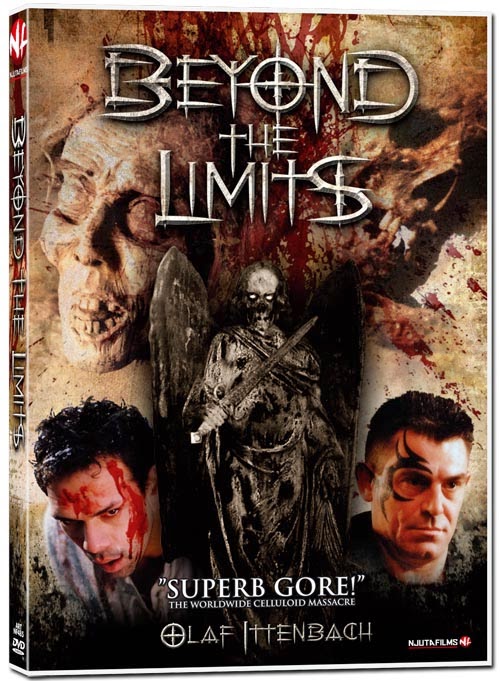 The rest of the movies from day 8 were first time viewings, the first of which was BEYOND THE LIMITS, from German splatter director Olaf Ittenbach. Ittenbach's best known for his crazy gore and practical effects in his films and that is the high point of BEYOND THE LIMITS. Overacting is prevelant in this two part anthology film that features a tense gangster hostage story and a period piece witch hunt horror story that are tied together by a wrap around segment in a graveyard interview scene. It's too long, not very good and really only worth checking out for the abundance of ridiculous gore. THE HOUSE ON SKULL MOUNTAIN is a solid story of voodoo and the search for power as a group of relatives who had never met gather at their great grandmother's house after her death at her wish and begin to discover weird things about their family bloodline. Unfortunately they also start being killed off in mysterious ways and quickly learn that their enemies are closer than they thought and dark voodoo is responsible.This isn't a particularly graphic film in any way but it is quite effective. 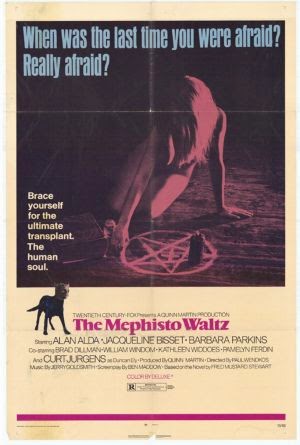 Finally was THE MEPHISTO WALTZ, a slow burning piece of Satanic and psychological horror starring Alan Alda and Jacquelin Bissett. The film features a failed musician turned journalist named Myles who gets to interview Duncan Ely, the greatest living pianist and quickly hits it off with him. Upon Ely's death the writer is given a large sum of money and a piano and things take a drastic turn for the worse as Myles' wife suspects Satanic worship and black magic may be in play. THE MEPHISTO WALTZ has some really creative cinematography and strong performances, aside from Alda who hams it up too much. I could look passed Alda's hammy performance if the film had better pacing. It either runs 10-15 minutes too long or doesn't take advantage of its full run time where a bit more could have happened to juice it up. Either way would have been fine. The pacing hurt the film and holds it back from being better and more talked about but it doesn't kill it and make it a bad film by any mans.