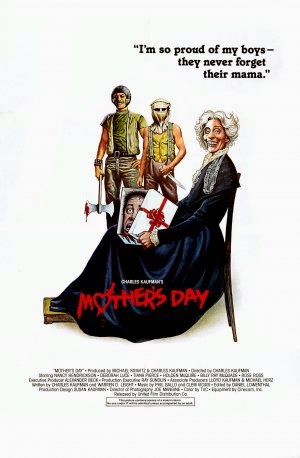 A long overdue re-watch of MOTHER'S DAY was in store and for a movie I wasn't crazy about years ago hit the right notes this time. I don't know what I didn't enjoy about it before but this is a really entertaining, somewhat sleazy and cheesy backwoods horror film. Plenty of blood and gore, some T&A and a lot of fun from director Charles Kaufman, brother of Troma founder Lloyd Kaufman. 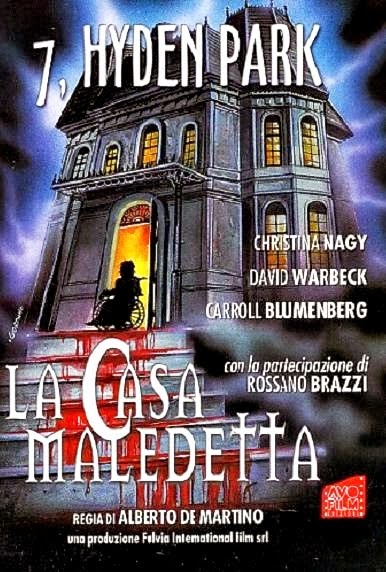 I've been in the mood to watch some gialli and I feel a day long binge of them coming in the next week but I tided myself over with FORMULA FOR A MURDER from director Alberto De Martino. This film is from 1985, after the giallo cycle had died out and given way to the Italian splatter wave but that doesn't make it less effective. It has a good bit of the black gloved violence we've come to love in the genre and a creepy little nursery rhyme from the killer. The killer's revelation comes pretty early in the film and the motive is as standard as they come but there are some great scenes and a plot that works. Good stuff. Finally was AMITYVILLE 3. This series has always been a mystery to me as I find the original to be highly overrated and the remake was awful. Prior to last night the only other film from the series I had seen was part 2 which I thoroughly enjoyed. I had no idea this series had 11 movies with number 12 scheduled for next year. Are you fucking serious that the Amityville Horror series has a dozen movies? Good lord. Part 3 features Meg Ryan and "Aunt Becky" Lori Laughlin (which makes me even more baffled) and starts slow and uninteresting. Luckily the last 25 minutes or so really pull everything together and give us an exciting demonic finish that makes it all worthwhile and boosts the rest of the movie.