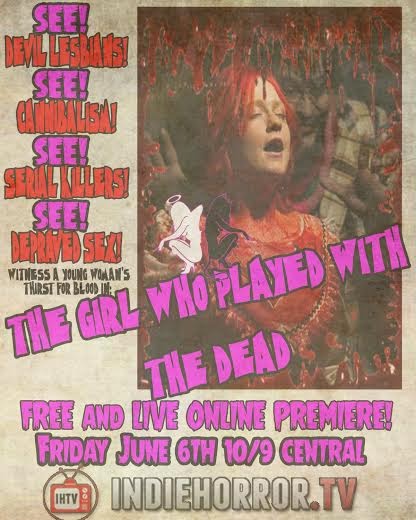 The first movie was one I wanted on to entertain me while I was doing a few things so I went with something short, fast and easy. THE GIRL WHO PLAYED WITH THE DEAD was that movie. Cory J. Udler's piece of sleazy horror is very entertaining and a wonderful piece of super low budget independent movie making. This is a movie that your mother would question you about if she saw you watching it. 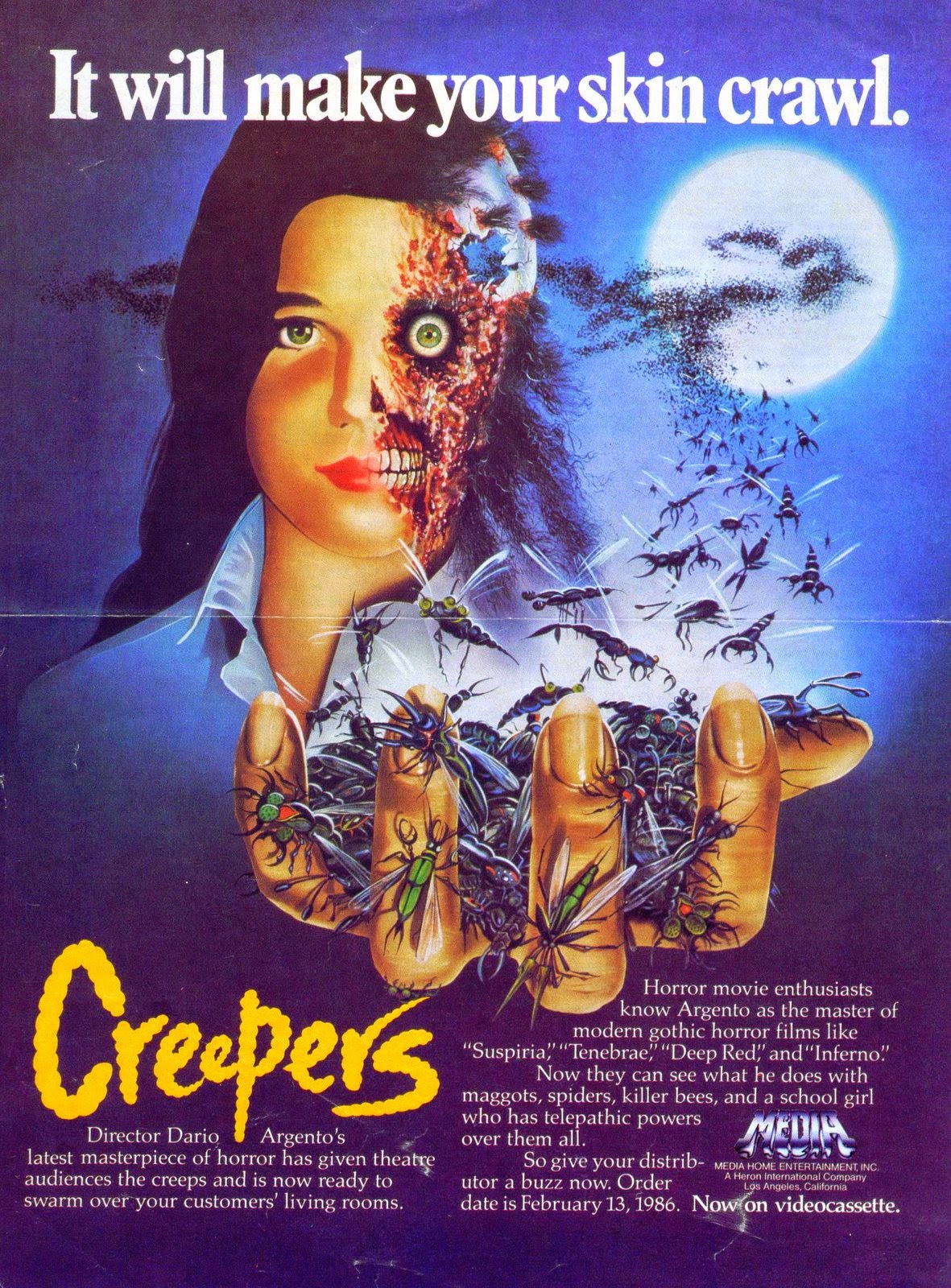 I've had Argento on the brain ever since I heard about his upcoming film The Sandman and donating to the Indiegogo campaign just really made me need to watch something from my favorite director. The first Argento film of the month was PHENOMENA from 1985. I love this crazy piece of Italian horror. Razor wielding monkeys, Jennifer Connelly controlling insects, Donald Pleasance, a crazy deformed little monster, a disgusting pit of decaying corpses and a fantastic German/Swiss countryside setting. Love! 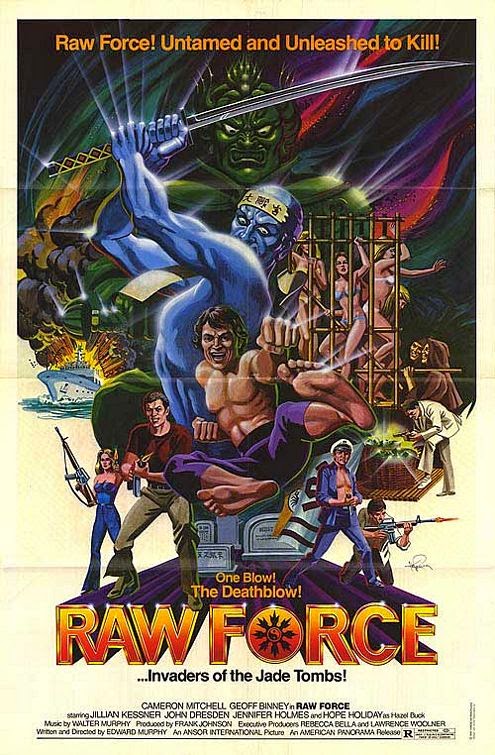 The day wrapped up with RAW FORCE as the great guys at Vinegar Syndrome were kind enough to send me a copy of the new Blu-ray/DVD combo pack to review. I'll wet your appetite for that full review by saying this is a cheesetastic mix of karate, explosions, cannibals, and zombies with samurai swords. And that's not all. RAW FORCE is the definition of "so bad its good".