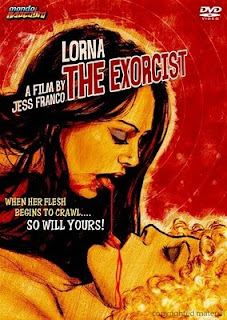 LORNA THE EXORCIST is the film I chose to honor the man. I'd never seen it prior to this but I must say I really enjoyed it. Patrick is a rich man with a beautiful wife and daughter. He takes his daughter and wife to a town in the south of France to celebrate the girl's 18th birthday when he is contacted by an old lover named Lorna. Lorna is responsible for the man's success and his daughter, in a weird Satanic type pact. Lorna has now come to claim the girl that is rightfully hers on her 18th birthday and Patrick tries to stop her before it is too late. 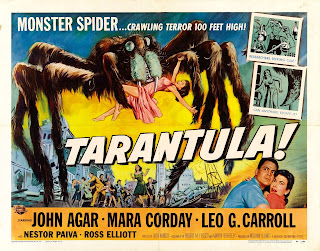 Next up was TARANTULA. Few things say "Drive-in" or "B-movie" quite like a giant monster insect ravaging a small desert town straight out of the 1950s to me. There were dozens of these films warning of the dangers experimenting with radiation and various chemicals and scientific testing on animals and people and many of these films resulted in giant bugs. From ants, to scorpions and a mantis, TARANTULA has earned its place right along side any of them. My complete and utter disdain for anything with 8 legs certainly helps my enjoyment of this flick a bit too, with the ending being extremely satisfying. A very cool Sci-Fi horror flick from director Jack Arnold who also helmed Creature From The Black Lagoon.

Next up was a double feature of 80s vigilante action movies, the first of which was EXTERMINATOR 2. 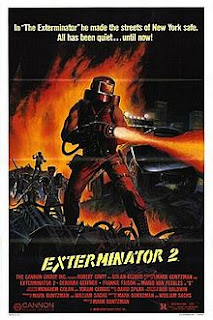 This sequel to the the classic piece of violent vengeance set in the gritty NYC streets is as good as I'd hoped it would be. Robert Ginty returns in the title role as the flame thrower wielding vigilante who is hell bent on cleaning up the streets, this time after a gang brutally attacked his girlfriend and injured her so badly that her dancing career came to an end. He teams up with his garbage truck driving friend and they set out to find the gang's hideout and take care of business. EXTERMINATOR 2 gets a little cheesier than its predecessor, but it was 1984, what do we expect? The grimy streets of New York City are still very present and it is by no means a nice movie. It is however, a lot of fun to watch and one I'll come back to revisit again and again. 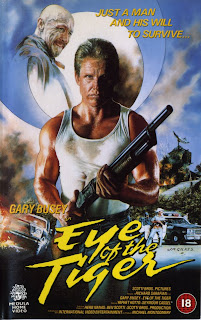 Closing out the night was EYE OF THE TIGER starring Gary Busey and Yaphet Kotto. How this thing isn't a cult classic is beyond me. This is total 80s goodness. Ridiculous fight scenes, some great one liners, Busey's horse teeth, motorcycle gangs, corrupt cops and piles and piles of cocaine. If you're a fan of action movies you need to see this thing. I didn't expect to like this movie anywhere near as much as I do. Oh and yes, the song is played throughout the movie and once rivals the impact it has in Rocky.