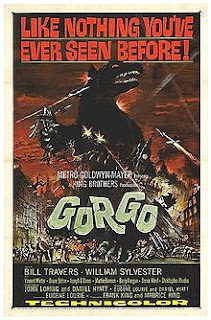 First up for day 13 was GORGO. I had just received the Blu-ray in the mail and popped it in. This is an early 60 giant monster flick from Britain. While it is a decent picture it pales in comparison to most Japanese monster movies of the era. I did find the "Gorgo promotional tour" scene to be pretty cool and show how people will spend money to see any type of "freak" even if it is exploiting the beast, person, or what have you. 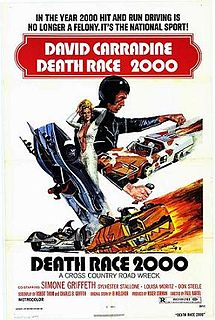 I only watched one other movie but it is a favorite of mine that I find to be a perfect mix of exploitation, social commentary and fun. DEATH RACE 2000 is one of the best movies the 1970s had to offer and is much more than just a car race to kill people that became a remake. With a cast that includes David Carradine, who is top notch here, to Sylvester Stallone and cult favorite Mary Woronov and with direction from Paul Bartel (Eating Raoul) this Roger Corman production has stood the test of time to be an influtential film that entertains from start to finish.