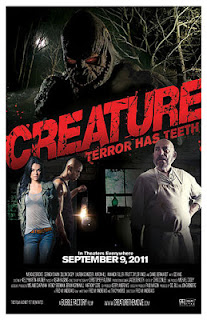 Day 10 starts outs with CREATURE which made its way to theaters last year. This movie is now notorious for being one of the worst performers at the box office of all time, taking in only $327,000 on over 1,500 screens. After watching it I now know why it did so terribly. Aside from having no real advertising campaign, it had no chance at getting ticket sales based on word of mouth. The movie is a lame attempt at copying other recent movies that copied movies from the 80s. A slasher type film set in the swamps with a rubber suit wearing killer/monster that wants to be the body count films that made the 80s what they were for the horror genre. Sound familiar? 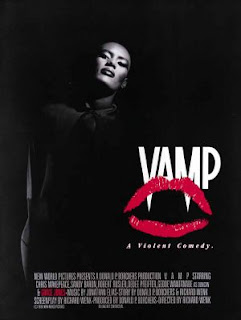 Second on the day was the 80s horror comedy VAMP. This one is about a seedy strip bar that is home to some vampires that feed on the destitute customers of the bar, people nobody will miss. A few frat boys come in on a pledge mission trying to get a stripper to come to their party and stuff goes crazy. It actually moves a little slower than I expected it to. There are several lulls in any sort of action or good comedy but the 3rd act more or less makes up for what I thought was a lackluster first 2 acts and turns it into a decent movie. It's a shame that it took so long into the movie to get really good because what could have been a classic 80s laugh-riot horror flick is just an okay one to pass the time. 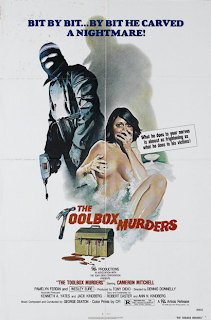 Last up for the day was the infamous Video Nasty THE TOOLBOX MURDERS. I've only seen the remake before today and I don't think the two could be any more different. Why they didn't decide to just give the remake another title is beyond me but this one is a crazy ride of violence and lunacy. While most of the action happens very early in the movie it remains engaging until the depravity picks back up toward the end. Hammers, drills, nailguns, burning alive, rape... yes, it has it all.