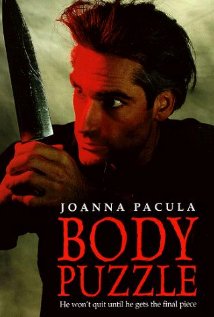 BODY PUZZLE was the first film of the day. Directed by Lamberto Bava this is a late period giallo (1992) that really feels like it is just going through the motions. There is a really solid cast here that is largely wasted, none of them are bad but they're rarely given anything to do. There is some slicing and dicing and a couple of scenes are very memorable but sadly they don't hold up what is a very mediocre entry into the genre. It isn't a bad film, it sucessfully tells the story but it is successful in the same way piece of paint-by-numbers art is successful... Yeah, you finished it but so what?

After that I just wasn't feeling it. I needed a break. It was no fault of BODY PUZZLE's which was underwhelming but by no means nearly as bad as some of the crap I've powered through this month, but I just had to have a break from horror for a few hours. 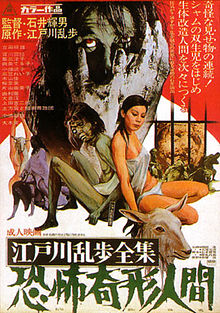 I came back with HORRORS OF MALFORMED MEN. This is a piece of Japanese gold. Extremely strange and full of stylish flare, I fell in love with this film and think I might love it even more on another viewing knowing what to expect. It reminded me of a Japanese Alejandro Jodorowsky film If you h.aven't seen this and like strange cinema and wild horror do yourself a favor and see it. 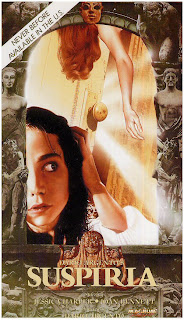 I think I've been rejuvenated by SUSPIRIA. My favorite film of all time reminded why watching horror films is so much fun and I doubt it could have came at a better time this month.