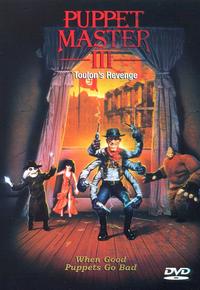 PUPPET MASTER 3: TOULON'S REVENGE started out the viewing for the 18th before I caught some sleep. This is probably my favorite entry in to the series from Full Moon and is the introduction of my favorite puppet of them all, Six Shooter. It is a blast of cheese and fun. 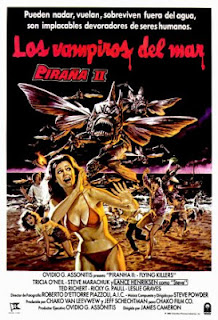 Next up was a movie I've been pretty anxious to see since I'm a fan of the original, its remake and to a lesser extent, the remake's sequel- PIRANHA 2: THE SPAWNING. This was James Cameron's first feature length directing job and it does provide a bit of man-eating fish gore and fun but it is a bit slower than I think it should be. There is also a scene towards the end involving a helicopter that I just didn't understand the point of. Not a great flick but not awful. 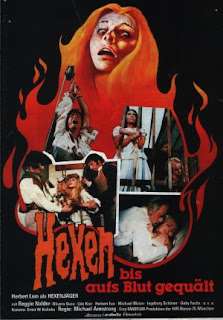 MARK OF THE DEVIL starring the late Herbert Lom and Udo Kier was next and does a fantastic job showing the cruelty and corruption within religion. The atrocities committed during the witch hunts not all that long ago are shown here for our entertainment full of gore, torture and tits. That isn't to say the message is lost in it all. 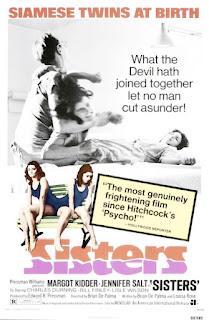 Another first time viewing was up with SISTERS from the director of Carrie, Brian De Palma. I thought this movie was good and think it will get better on repeated viewings. It is slow going but pays off pretty well at the end. 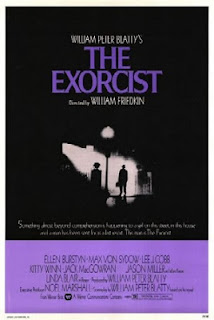 The day came to a close with a viewing of THE EXORCIST with commentary from director William Friedkin. You already know about the movie which is great, the commentary track isn't quite as great. While Friedkin has an obvious passion talking about the film he repeats himself quite a bit throughout and doesn't stray too much from what is on screen. It would have been nice to hear more about the production and set up of certain scenes as opposed to him mentioning how this is the ultimate fight of good vs evil for the 20th time. There are some insights but for the most part I was left really wanting more behind the scenes information.