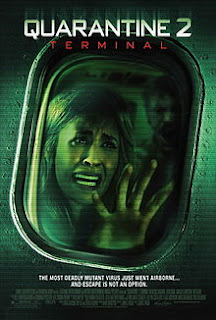 Day 16 got underway right on the heels of the clock expiring on day 15 with a pre-sleep viewing of QUARANTINE 2: TERMINAL. It was on Fearnet in HD so it allowed me to lay in bed without having to worry about finding a disc on the shelf. The first film was nothing special, essentially a shot for shot remake of [REC] that was totally unnecessary. TERMINAL has nothing to do with the original Spanish series and goes its own way. This film takes place while the first is taking place across town in the apartment complex. The virus is infecting people in an airport terminal which leads to some dark corridors and uncomfortably tight situations. While nothing special, it was an entertaining infected/zombie flick for a one time viewing. It fails to come close to reaching the levels of greatness of the series it borrowed the idea from but it does surpass its own predecessor in terms of cheap entertainment. 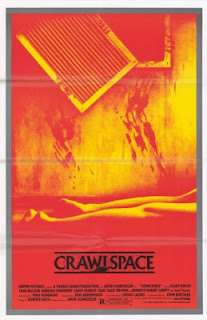 CRAWLSPACE was next. This Charles Band production stars Klaus Kinski as a former Hitler Youth member who's father was a Nazi. Having become a doctor in later life Kinski's character finds he only finds himself feeling alive when he takes life from others. He stalks the tenants of his boarding house with an elaborate set of tunnels inside the walls and sets traps for them. This movie would be a must see sleazefest if the violence and craziness had been amped up a bit. As it is its decent and Kinski is fantastically sadistic. 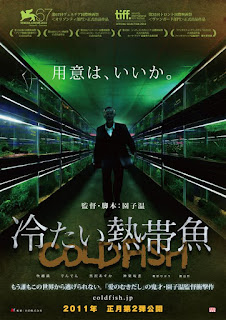 The third film of the day was one I've heard is great but never really looked into it much beyond that, COLD FISH. This is from the director of Suicide Club which is a film I think is really good so I was pretty excited to dig into this one. It plays out differently than I expected, I was expecting a more straight forward horror affair for some reason but it is very heavy in the revenge thriller side of things. There are plenty of horror elements here though and it gets really wet and nasty. The film is excellent and everyone should seek it out. 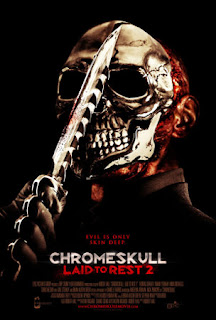 The day ended with another movie that was on Fearnet in HD, CHROMESKULL: LAID TO REST 2. I had no real desire to ever see this film. I wasn't a fan of the first and had only heard that the second is even worse. Well given that I was feeling lazy around 11pm I just said fuck it and hit play... what a mistake. What a boring piece of awful movie making. It makes the first one look like a good movie. I hope this series is laid to rest.

I haven't seen Suicide Club in years, but I remember liking it. Guess I'll have to check out Cold Fish. And yeah, both of those Laid To Rest movies are trash. I think I watched them last year for October.

Cold Fish is great, the time flies by too despite its 2.5 hour runtime.

I'd say you were too kind to Terminal... but, I agree it's a totally fair and mediocre popcorn zombie flick.