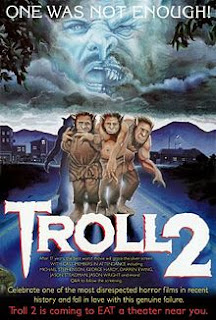 Day 15 started with a late night viewing of TROLL 2. I love this awful mess of a movie. It is endlessly entertaining no matter how many times I see it. Add in some drinks and it becomes a masterpiece of drunken cinema. 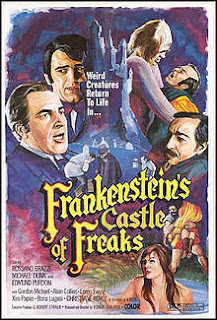 Next was FRANKENSTEIN'S CASTLE OF FREAKS while hosted by Elvira. I'm going to go ahead and say it right now, I'm not a fan of Elvira. I don't find her funny at all and all she has going for her is her cleavage hanging out. Actually, I found her rather annoying during this. Oh, and the movie is a train wreck. 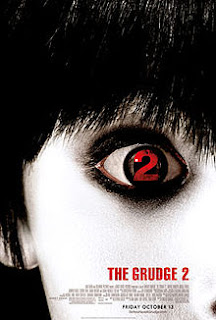 THE GRUDGE 2 was next, I'm not a fan of the first (never seen the original Japanese versions) but I hadn't seen it since it was in theaters so I figured something may have changed and gave it a shot... nope. More of the same shit that stretch of time offered up in its remakes of Japanese horror films. Generic stupid looking ghosts, poorly executed jump scares and an overall lackluster product. 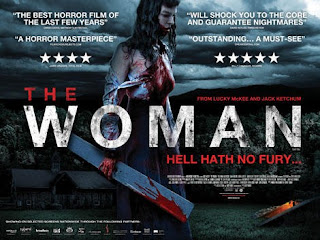 A friend of mine let me borrow the Blu-ray of THE WOMAN directed by Lucky McKee (May) so I checked it out. I think McKee did a fantastic job with May but he went on an almost decade long cold streak before making this one which is a step in the right direction. This is the story of an upper middle class family who is totally controlled and abused by the asshole lawyer father and are forced to take in a feral woman from the wild to civilize her. It becomes more about torturing the woman physically and sexually for the father and all about keeping it a secret for the rest of the family. The problem with this movie that outside of the pre-school aged daughter the other characters aren't terribly likable. Angela Bettis plays the beaten down mother who finally snaps at one moment and she almost becomes someone to like but her and the older daughter are kind of annoying in their endless depression and sulking. I get why they're like that, but it gets annoying. The son is a mirror image of his father and is a little bastard. The movie isn't bad though and is worth a watch. 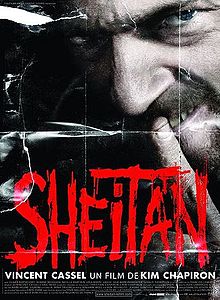 Next up was SHEITAN starring Vincent Cassel. This is a French horror flick that I knew very little about coming in and was sort of surprised by the amount of humor involved. A small group meet a girl at a club who invites them back to her house in the countryside which is where they meet the crazy smiling housekeeper played by Cassel. The group is basically only interested in hooking up in a weekend of sex and partying and come across as typical raised in the suburbs wannabes. Eventually things take a turn and we find out exactly what the housekeeper has planned and it is violent. The movie was a mixed bag for me. While Cassel was seriously creepy with his ear to ear grin that wouldn't go away, you almost rooted for him to spare you from the white guy of the group who was just a giant tool. The humor was odd at first but ended up working to make it a bit more unsettling. I don't think the movie is something I'll ever feel the need to revisit but as a one time viewing it wasn't bad. 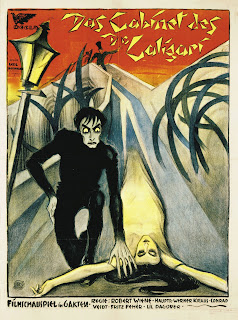 I ended the night with a viewing of THE CABINET OF DR. CALIGARI. I was just in the mood for something like this and it was years ago that I last watched this piece of silent film gold so I pulled it up on Youtube. Simply put, it is a piece of film to treasure, it is just wonderful.