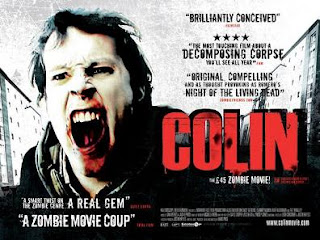 I started off with a DVD a friend had given me that he wasn't a fan of, the zombie film COLIN. This is "infamous" for being the £45 zombie movie. If the budget was actually under $100 they had a lot of people working for free and someone donating a lot of materials. This film is different than other zombie movies because it is from the view point of Colin, who has recently been bitten and becoming a zombie. I will applaud the concept because it changes up the genre that has become tired in recent (or not so recent) years and the effort that the cast and crew put in despite its low budget but the results weren't so hot. The film doesn't look great as it was obviously shot on consumer level cameras, that is fine, but they're so damn shaky that it makes Cloverfield look like it used Steadicam the entire time. It gets quite irritating early on. And the biggest gripe I have with the film is that for wanting to show the other side of the coin, they put too many situations in the movie where the focus instantly shifts to the surviving humans fighting for their lives and Colin gets lost in the mix. The effort should be praised but the final product falls way short. 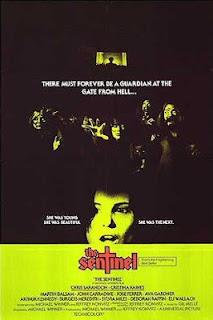 THE SENTINEL was next, directed by the man behind Death Wish, Michael Winner. This is a great slow burning story with an excellent cast (Chris Sarandon, Eli Wallach, Jeff Goldblum and Christopher Walken just to name a few). As the story builds the religious tones of the film do as well until the climax. It is a really solid movie that falls just short of being great. 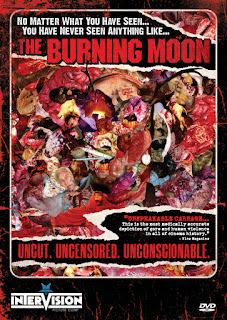 Next up was Olaf Ittenbach's THE BURNING MOON. This is a German splatterfest, and that is putting it lightly. It is a low budget, shot on video anthology story from 1992. Ittenbach himself plays a junkie who has to babysit his sister. After shooting up he sees the moon burst into flames and decides to read his sister a couple of bedtime stories. The first story is about a lunatic who escapes the asylum and goes on a killing spree. Nothing we haven't seen before but it is ridiculous in its excess. Heads explode and get thrown at cars, bodies are dismembered every which way, people are burned alive... its madness. The second story takes the first story and puts it in a blender and throws the contents at the screen. Seriously, for as over the top as the first story is the 2nd blows it away. A priest is on a spree of raping and killing women thinking he is doing God's work. The local outcast is blamed and killed. The man responsible for killing the innocent outcast (who just wanted to tend to his farm) is punished with a trip to hell that is probably the most violent 10 minutes of a movie I've ever seen. If you don't like shitty SOV flicks you should stay away. If you don't like movies that are entertaining in how bad they are you should also stay away. If you can appreciate a cast and crew giving it everything they have to make a ridiculously entertaining film that will satisfy your thirst for gore and guts you need to see this. Its not a good film by any means but its a seriously fucking entertaining piece of exploitative horror trash that I'm now in love with. 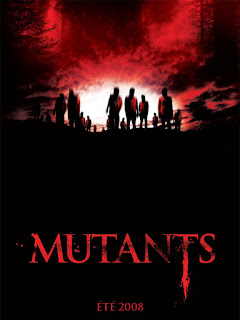 I followed that up with MUTANTS from 2009. You've seen this movie countless times over the last decade since the popularity of 28 Days Later. Fast moving and aggressive infected people attack and a small group of survivors try to get rescued. The shaky cam is plentiful and annoying as it does nothing but detract from what is going on. Nothing special to see here. 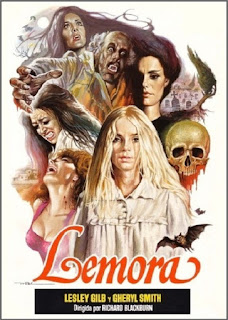 The day ends with LEMORA: A CHILD'S TALE OF THE SUPERNATURAL. I had never heard anything about this film but bought it on a whim for this month's challenge when I got the chance to grab it for about $5 brand new. I'm glad I did because it was a very cool story of a 13 year old girl summoned to a strange town to visit her dying father. On her way there the bus is attacked by savage vampire beasts that lurk the woods and swamp. While in the town she learns that those vampires are at war with a more human like, civilized vampire group and she is caught in the middle. The movie has a great fairy tale gone to hell vibe to it, like if Disney dropped acid and started to worship Satan. This is a really cool movie that deserves more attention than it gets.

I couldn't get through Colin... I actually thought Mutants was decent though... mainly because I actually gave a shit about the main character, which doesn't happen as often as I'd like in these types of films.