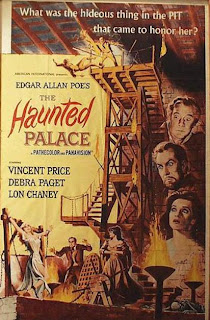 Barely beyond midnight and the day starts with THE HAUNTED PALACE. I was ready for another quality entry into the Corman/Poe cycle that I've mentioned here plenty of times this year, and that is sort of what I got. The pleasant surprise is that the story is based partially on the H.P. Lovecraft story The Case Of Charles Dexter Ward. So what we have is a Corman/Poe film starring Vincent Price and Lon Chaney Jr. with a Lovecraft flare. "How could this go wrong?" you may be asking yourself. Well, it doesn't. It is a perfectly solid horror film that features some good performances a slow burning ("burning" being a very key word in this film) story that Lovecraft would approve of. It is nice to be pleasantly surprised by a film that you expect to be good already. 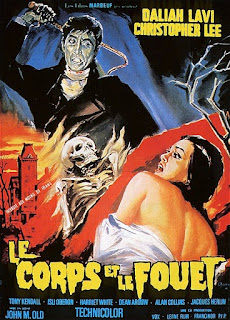 Another day, another Bava as I waited a while to get to him this month but there have now been two in the last two days. This time was another first time viewing, WHIP AND THE BODY. This is a beautiful film in both its artistry and its simplicity. Gorgeous lighting and set pieces, fine performances and a mean spirit make this one a winner. I'm really anxious for the Blu-ray to get a release date from Kino/Redemption after seeing it. 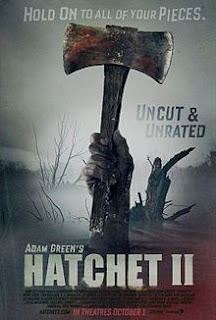 When evening hit I went to a friend's house where a few of us had gathered for hanging out, drinks and a couple movies. First up was HATCHET 2. I'm very familiar with this movie and the first and while they get plenty of hate I find them to be entertaining slashers. I love the first and find the second to be a decently fun silly horror film with some wild kills. 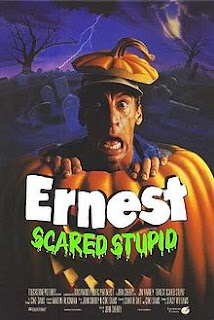 Keeping with the silliness was  ERNEST SCARED STUPID. If you were born in the mid to late 80s you probably have memories of growing up with Ernest movies. I still think most of them are hilarious and this particular one, centering around a troll that steals kids and turns them into wooden figurines, has a certain creepiness to this day. It was a lot of fun to revisit it.

I need to check out Ernest: Scared Stupid. we weren't allowed to watch these as kids because my mom thought Ernest was stupid (yeah mom, that's kind of the point) but I always meant to check them out at some point.